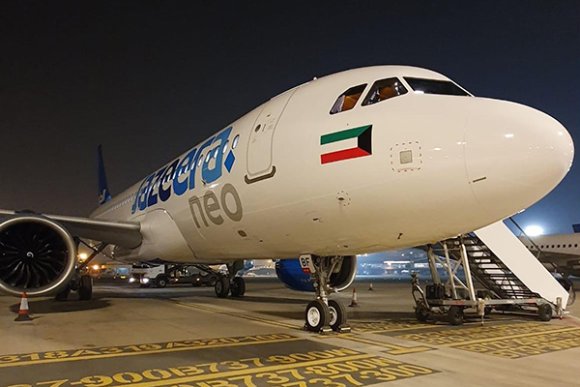 Jazeera Airways plans to launch a new service to the Sri Lankan capital Colombo, offering direct flights between Kuwait (KWI) and Colombo’s Bandaranaike International (CMB), with connections to destinations served by the airline in the Middle East.

The carrier’s booking system shows the first flight will depart KWI’s Terminal 5 on Feb. 23, arriving at CMB 5 hrs and 20 mins. later. The route will initially be served 2X-weekly using Airbus A320neo aircraft and Jazeera Airways intends to progressively increase frequencies over the course of the year.

“Despite the current global situation for the airline industry, we are launching our first new destination for the year to serve a resilient demand for travel, especially to destinations with strong safety and health measures,” Jazeera Airways CEO Rohit Ramachandran said. “We are now able to serve the Sri Lankan community in Kuwait as well as tourists to Sri Lanka.”

Sri Lanka re-opened to tourists on Jan. 21 after 10 months. As part of its efforts to encourage tourism to the country, the island now offers quarantine-free holidays, offering visitors a “relative amount of freedom” so long as they observe COVID-19 protocols. Travelers to Sri Lanka must confirm a ‘Safe and Secure Level 1’ hotel booking for their first 14 days in the country, pre-purchased PCR tests and  mandatory COVID-19 insurance cover.

According to OAG Schedules Analyser, Jazeera Airways will compete with two other airlines on KWI-CMB—although it will be the only LCC on the route. Kuwait Airways currently flies 1X-weekly, while SriLankan Airlines provides a 2X-weekly service. Preliminary schedules show that both full-service carriers hope to restore daily service during the summer 2021 season.

Jazeera Airways’ flight will depart KWI at 6.45 p.m. on Tuesdays and Sundays, with the return leg laving CMB at 3.35 a.m. on Mondays and Wednesdays.