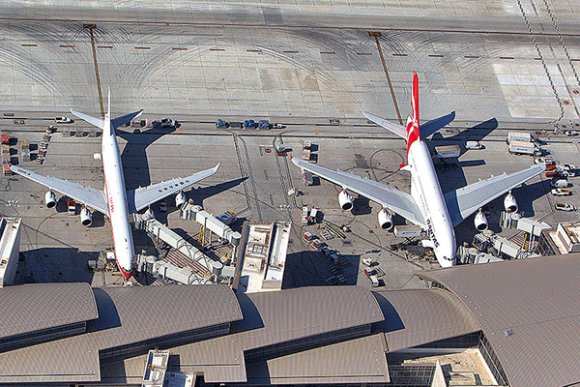 Qantas and China Eastern have been given the green light to continue operating an alliance between Australia and mainland China until March 2023.

On approving the extension of the partnership, the Australian Competition and Consumer Commission (ACCC) said it would result in a public benefit by assisting the two airlines in reinstating their flights and returning capacity more quickly as COVID-19 travel restrictions ease.

The government body added the agreement would also aid passengers by providing “an expanded range of destinations on a single ticket, improve connectivity, provide shorter journey times, and provide a wider range of loyalty program benefits.”

The two carriers entered the original partnership in 2015, with permission to operate the alliance in place until October 2020. Although authorization was being sought for an extension until March 2022, the ACCC has decided to prolong the approval for an extra year in light of depressed demand caused by the pandemic.

“It is likely to take longer than originally anticipated for opportunities for travel between Australia and China to return to their pre-pandemic state. Therefore, the ACCC has decided to grant authorisation until March 31, 2023,” the ACCC said in its final decision document.

In 2015, the ACCC concluded that Qantas and China Eastern coordinating their operations was likely to “significantly reduce competition” on the one route on which they overlapped with direct flights: Sydney–Shanghai. At the time, the route accounted for about 23% of all travel on direct flights between Australia and China.

The commission said that it remains of the view that reduced competition between Qantas and China Eastern on the Sydney-Shanghai route as a result of the proposed joint cooperation agreement (JCA) extension was likely to result in a “significant public detriment” in times of “more normal levels” of demand.

“However, the ACCC notes that current demand for flights between Australia and China is low and there is uncertainty about the extent and timing of a recovery in demand that is likely to occur,” the commission added.

“Further, it is not apparent that if Qantas and China Eastern were operating independently of each other, there would be sufficient recovery in demand to fuel a strong return to the route for both airlines in the short term. As noted, the ACCC considers that the extended JCA will assist Qantas and China Eastern in reinstating services as demand picks up.”

As such, the ACCC has removed the 2015 conditions imposed between Sydney and Shanghai, saying the extent of any anti-competitive detriment that is likely to result from the coordination of operations is “likely to be limited” in the short-term.

Five airlines were operating nonstop services between Australia and China in 2015 when the partnership came into force:  Air China, China Eastern, China Southern, Qantas/Jetstar and Sichuan Airlines. By the end of 2019, the number of carriers had grown to 10 with the addition of Beijing Capital Airlines, Donghai Airlines, Hainan Airlines, Tianjin Airlines and Xiamen Airlines.

Data provided by OAG Schedules Analyser reveals that there were 4.4 million two-way seats between Australia and China—a rise of 82.2% on the number of available seats in 2015.

The airline also started a SYD-Beijing Capital (PEK) route in January 2017, but announced in November 2019 that it intended to exit the route in March 2020 due to poor financial performance. Low-cost subsidiary Jetstar had also ceased operating services between Australia and China in December 2019.

Given the tight restrictions currently in place for travelers entering both Australia and China, there are currently just 4,355 two-way weekly seats operating between the two countries, compared with almost 114,000 during the same week two years ago.

OAG data shows that China Eastern is this week (w/c Feb. 15, 2021) flying nonstop from PVG and HGH to SYD, while China Southern Airlines is operating from Guangzhou (CAN) to MEL and SYD. All four routes are being served 1X-weekly. In addition, Xiamen Airlines Company is flying Xiamen (XMN)-SYD 2X-weekly.