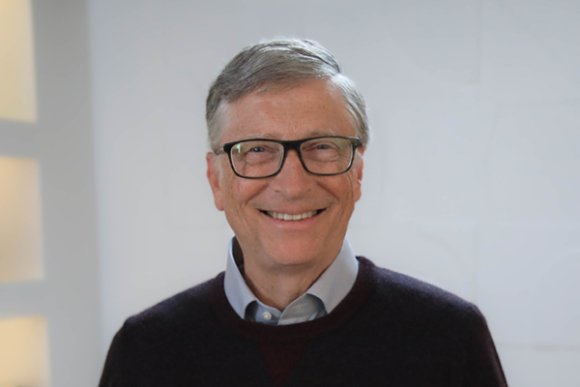 This week Bill Gates has hit the headlines with his new book, How to Avoid a Climate Disaster, which sets out a manifesto to solve the crisis that will remain long after science has tackled COVID-19.

While a self-proclaimed “rich guy with an opinion,” Gates is undoubtedly well-intentioned and has committed billions of dollars of his personal wealth to the issue, along with other charitable causes.

His manifesto is likely to split opinion, but it is certainly well-researched, and having more great minds and resources looking at the issues can only be a good thing.

“Take this past year: economic activity has slowed down so much, due to COVID-19, that the world will emit fewer greenhouse gases,” Gates’ book reads.

“But the reduction will probably be about 5%. In real terms, that means we will release the equivalent of 48-49bn tons of carbon, instead of 51bn.

“Consider what it took to achieve this 5% reduction. More than 2 million people died and tens of millions were put out of work. To put it mildly, this was not a situation that anyone would want to continue or repeat. And yet the world’s greenhouse gas emissions probably dropped just 5%, and possibly less.

“This small decline in emissions is proof that we cannot get to zero simply, or even mostly, by flying and driving less.”

Despite this well-reasoned, even handed and thought-provoking approach, some of the press coverage has zeroed in on one aspect of Gates’ wide-ranging exploration: his use of private jets.

The New Scientist, which has a stated mission to ask “the big-picture questions about life, the universe and what it means to be human” led a story with this singular aspect, saying that Gates “has admitted to flying on a private jet to the Paris climate change summit in 2015.”

“Green campaigners say the revelation, made in his new book on reducing carbon emissions, undermines the billionaire philanthropist’s message.”

What isn’t mentioned in the story is that Gates uses biofuels to power his private jet, which while very much a work in progress, are a major step in the right direction.

British newspaper The Sun noted that Gates “insisted he is not a hypocrite as he uses biofuel made from plants to run his private planes.”

Without delving into the morality or hypocrisy, it is tough to imagine headlines that Gates has “admitted” to eating meat at the climate change summit, or that he “insists he is not a hypocrite” because the summit took place in a building made of steel and concrete.

The Economist newspaper last week referred to the air transport industry by the term “today’s reviled airlines” despite noting that “travel by commercial jet attracts more criticism than its 2-3% share of global carbon emissions seems to justify.”

It’s high visibility and associations with glamour and expendable income mean commercial air travel remains an easy target for criticism, and it will remain so after the COVID-19 crisis abates.

This threatens to derail the recovery in air transport and the industry needs to make flying greener. Hopefully the new Destination 2050 strategy in Europe is a step in the right direction.

But there is also a powerful imperative to change the narrative, to focus on the positives and shout about the successes being made, because ultimately it’s passengers on planes that will power the recovery.