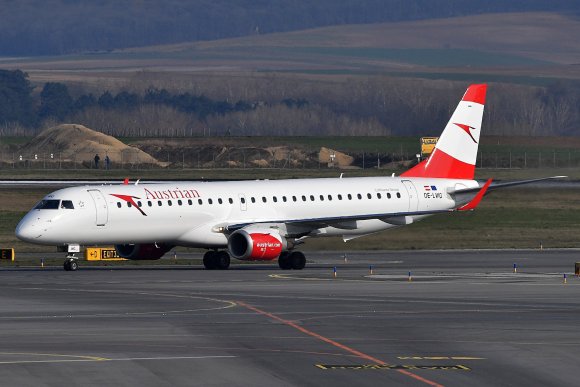 After operating around 15% of its pre-pandemic schedule during January and February, Austrian Airlines is planning to gradually increase its operations over the coming months. More than 20 destinations are scheduled to resume this summer, including Barcelona (BCN), Florence (FLR) and Oslo (OSL) in Europe, alongside long-haul points like Bangkok Suvarnabhumi (BKK), Chicago O’Hare (ORD) and Tokyo Narita (NRT).

Although the main focus of the airline’s network will be on tourist destinations in Cyprus, Greece, Italy, Spain and Turkey, the Star Alliance member plans to expand its offer to Germany with the launch of a new route to Hannover (HAJ). The city, located in Germany’s Lower Saxony region, has been absent from Austrian’s network since 2009.

Flights between Vienna (VIE) and HAJ will begin on March 25, initially operating 2X-weekly. However, the carrier plans to gradually increase frequencies as the summer season progresses and intends to be offering 2X-daily flights from July. “Thanks to the connection to the hub in Vienna, travelers from the Hanover catchment area will benefit from numerous transfer options to central and south eastern Europe, as well as the Middle East,” Austrian said in a statement.

Service between VIE and HAJ was long the domain of Air Berlin and Germanwings, with Eurowings beginning service in March 2016 as part of its integration with Germanwings. Air Berlin ceased operating the route in February 2017—six months before its collapse—leaving Eurowings as the sole provider of nonstop scheduled flights between the destinations.

According to data provided by OAG Schedules Analyser, Eurowings served VEI-HAJ 3X-daily prior to the pandemic, offering about 6,500 two-way weekly seats using a mix of Airbus A319, A320 and Boeing 737-800 aircraft. After being halted when the COVID-19 crisis deepened, flights resumed in July until late September. However, the route has been unserved since then.