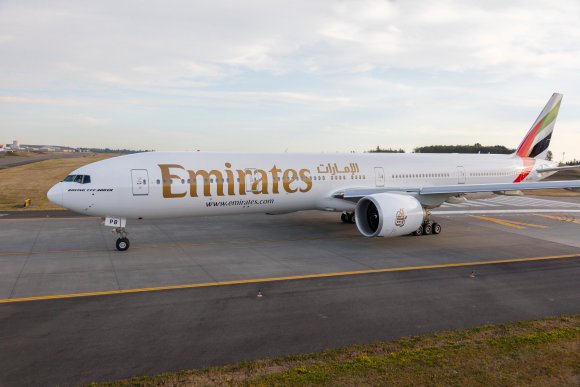 Emirates is resuming services to Newark (EWR) via Athens (ATH) from June 1, taking the carrier’s US network to 10 destinations.

“The resumed link between Greece and the US will open up year-round connectivity, facilitate trade, boost tourism and benefit consumers by providing them with choice and convenience,” Emirates said in a statement. “Emirates will also increase its flights to the Greek capital, Athens, flying daily to support the newly resumed service.”

Resumption of the fifth freedom route between ATH and EWR comes just weeks after American Airlines announced plans to begin seasonal service between ATH and JFK. The nonstop route is scheduled to operate daily from June 2 through Oct. 29 on board a three-class Boeing 777-200.

The US is home to the largest Greek community outside of Greece, with New York among the cities with the highest concentration.

The Athens-New York market has been unserved nonstop since the COVID-19 crisis deepened in March 2020. Although subject to change, OAG schedules show Delta Air Lines plans to resume JFK-ATH flights in April, while United Airlines is also scheduled to restore service from EWR the same month.

Sabre Market Intelligence data also shows that O&D traffic between Athens and New York increased from 237,000 two-way passengers in 2017 to more than 376,000 in 2019. Preliminary figures for 2020 suggest the market was approximately 86,000 two-way passengers, with around 47% traveling indirect.