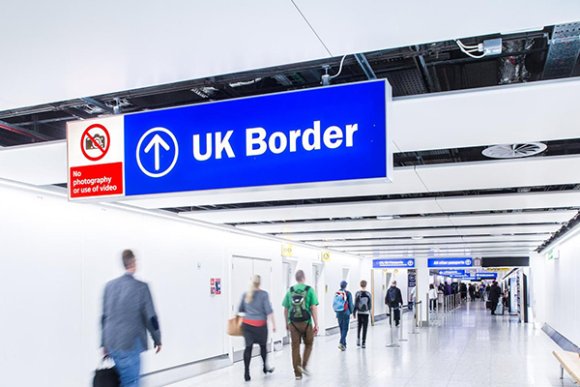 The UK needs a better roadmap out of the depths of the COVID-19 crisis if the country's airlines and airports are to survive and support the country’s return to normal economic activity, London Heathrow Airport (LHR) CEO John Holland-Kaye has said.

The comments, posted on LHR's website, were in response to a planned announcement by UK Prime Minister Boris Johnson regarding the potential easing of the UK’s strict anti-COVID-19 regulations for air travelers.

“We support the [UK] government in measures required to protect public health. But these additional requirements are essentially a border closure,” he said.

UK citizens may only currently fly internationally under a strict set of criteria. Leisure travel is banned and anyone arriving in the UK from more than 30 "red list" nations where COVID-19 rates are high must quarantine for 10 days in a government-designated hotel at a cost to the passenger of £1,750 ($2,460). If any passenger tests positive for the virus while in quarantine, their stay is likely to be longer.

LHR reported that passenger volumes in January were down 89% compared to the same month a year previously as the national lockdown, travel bans, quarantines and compulsory testing deterred people from flying.

“We are working with the government to try to ensure this complex scheme is workable,” Holland-Kaye said. However, in an op-ed for UK website Business Travel News on Feb. 22, he added: “The current regime, consisting of multiple tests and catch-all quarantines is unsustainable, both for our sector and the businesses that depend on it.

“As we start to see what appears to be the light at the end of what has undeniably been a very long tunnel, we need to put in place measures which will give our industry a chance to fight for its own survival, while protecting the gains made in the UK’s fight against this deadly disease,” Holland-Kaye said in the op-ed. “The government must understand that restarting aviation will take months of planning and preparation–it needs to be actively working on a plan for how to do this safely now, if the industry is to be able to play its part in driving the UK’s economic recovery post-COVID-19.”

Holland-Kaye’s original statement on the airport’s website added: “We need to see the flight plan for the safe restart of international travel as part of the Prime Minister’s roadmap on 22 February. We also need to preserve our vital aviation infrastructure to support economic recovery when it comes and make Global Britain a reality.”

That meant that the UK finance minister’s annual budget speech, scheduled for March, had to deliver—at minimum—complete relief for companies from a UK tax known as business rates and an extension of the furlough scheme that has helped preserve jobs, Holland-Kaye said. At present, the furlough scheme is scheduled to terminate at the end of April.