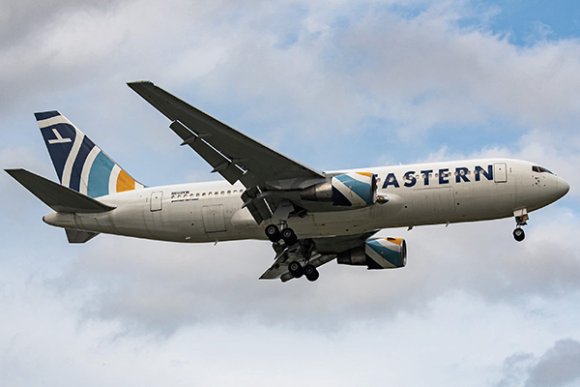 US-based Eastern Airlines has requested approval to grow its fleet as part of plans to add at least seven more scheduled routes to destinations in South America and the Caribbean.

The airline, which currently operates 10 aircraft, has applied to the US Transportation Department (DOT) to increase this to 18. Eight of these will then be used for scheduled operations.

In a regulatory filing, the Pennsylvania-headquartered carrier said that in addition to a “baseline” of existing scheduled routes, it intends to start more than seven new routes over the coming 12 months, subject to government approval.

Three of these would be to Belo Horizonte (CNF) in Brazil, operating from Boston (BOS), Miami (MIA) and New York John F Kennedy (JFK). The airline has currently scheduled 2X-weekly flights on each of the routes, with operations earmarked to start from May 30.

In addition, Eastern wants to expand service to Ecuador, where it currently serves Guayaquil (GYE) from JFK and MIA. The airline hopes to begin a Los Angeles (LAX)-GYE route, as well as adding flights to Routes Americas 2018 host Quito (UIO), which it plans to serve 1X-weekly from JFK and MIA.

Finally, a 3X-weekly route to Santo Domingo (SDQ) in the Dominican Republic is set to start in late March, rising to daily in May. Although not listed by the airline, data provided by OAG Schedules Analyser shows that plans have also been filed to begin BOS-SDQ in May. This is scheduled to operate 2X-weekly.

Eastern said it has purchased two Boeing 777-200ERs and intends to enter these two aircraft into commercial service during the second quarter of 2021 once FAA certification is approved. In addition, the carrier will be leasing two 777-200 freighters to operate ACMI charters.