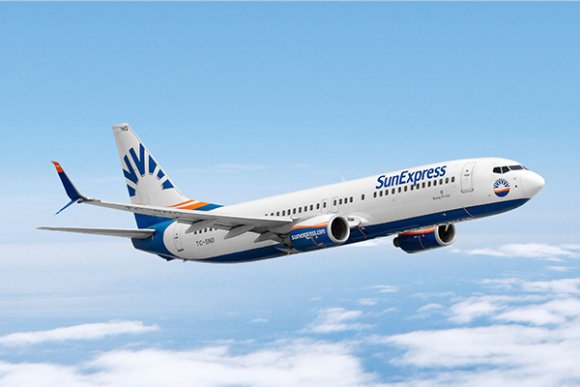 SunExpress has unveiled its 2021 summer flight plan, which will see the leisure carrier expand its network between Turkey and destinations in Europe and the Middle East.

The airline, a joint venture between Turkish Airlines and Lufthansa, is adding 23 new routes ahead of an anticipated rebound in Turkish tourism this summer. Eleven of the services will be from the airline’s main base in Antalya (AYT), including eight new destinations.

SunExpress CEO Max Kownatzki expects the roll out of vaccinations across Europe, coupled with the wide availability of COVID-19 tests, to lead to a “ramp-up in demand” for leisure flights. “This will enable all vacationers to travel more safely and will eventually lead to an increase in the number of European tourists visiting Turkey,” he said.

SunExpress, which operates direct flights from Turkey to 27 countries and 52 destinations, plans to offer almost six million seats on international routes and 1.8 million seats on domestic routes in the upcoming summer season.

Nine of the new routes from AYT are to international destinations and two are domestic. The expansion will increase the number of connections offered by SunExpress from the airport to 40 international and 10 domestic routes.

In addition to services to Manchester (MAN) and London Gatwick (LGW), which were announced in December and will start in early May, Geneva (GVA) is returning to the airline’s network from AYT on May 30. The AYT-GVA route was served regularly until Oct 2016.

“This summer, we are opening up new markets as well as strengthening the already existing connections we have built between Turkey and Europe,” Kownatzki said. “We will connect Antalya and Izmir to several of the most visited cities in the Eastern European and Middle Eastern regions with direct flights.”

Elsewhere, SunExpress plans to add two routes from BJV to Cologne/Bonn (CGN) and Vienna (VIE); two from Eskişehir (ESK) to Brussels (BRU) and Dusseldorf (DUS); from HTY to DUS; from MLX to Frankfurt (FRA); and finally from Zonguldak (ONQ) to DUS.