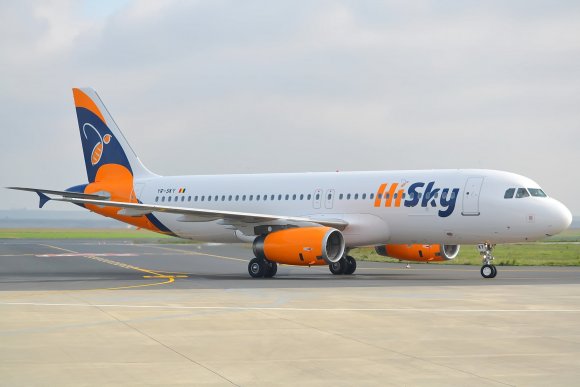 Moldovan startup HiSky has opened a base in Romania’s northwestern city of Cluj-Napoca, from where it plans to launch two routes starting in April.

The airline intends to fly from Avram Iancu Cluj International (CLJ) to Dublin (DUB) on April 22, serving Ireland’s capital 2X-weekly on Mondays and Thursdays. Flights to Lisbon (LIS) in Portugal will start three days later, with the route set to operate 2X-weekly on Wednesdays and Sundays.

HiSky will compete on the service to DUB with Romanian LCC Blue Air, which plans to offer 3X-weekly flights during the summer 2021 season using Boeing 737-800 aircraft. However, the route to LIS will become CLJ’s first direct flights to the Portuguese capital.

The launch of the base has been welcomed by CLJ president Viorel Federiga, who added that the expansion “contributes to our efforts to bring back the air traffic that existed before the pandemic.”

HiSky originally planned to begin commercial operations from Moldova’s capital Chișinău (KIV) in April 2020 but the launch was postponed because of the COVID-19 pandemic and delays receiving the necessary authorization from Moldova’s Civil Aviation Authority.

Since then, the airline has leased its first two aircraft—an Airbus A319 and an A320 from Air Lease Corporation—and announced plans to open a base in the Romanian city of Iaşi (IAS). In December, the carrier also received an air operator's certificate (AOC) from the Romanian Civil Aviation Authority.

According to data provided by OAG Schedules Analyser, the latest schedules show that Wizz Air is set to be the largest operator from CLJ during the upcoming summer season, providing flights to 34 destinations across Europe. New routes being launched by the Hungarian ULCC this summer include Cologne/Bonn (CGN), Hamburg (HAM) and Karlsruhe/Baden-Baden (FKB).