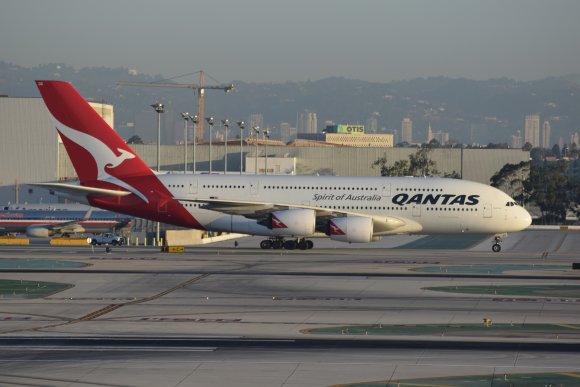 Qantas expects to reopen almost all of its international routes by late October, although they will be operated by smaller widebodies as its Airbus A380s will remain parked.

The carrier said it is planning to relaunch 22 of its 25 international routes from Oct. 31. This represents a significant change from its earlier prediction of a July 1 restart for international travel, and now aligns with estimates for Australia’s vaccine rollout to be “effectively complete” by the end of October.

The three destinations that will not be on this list are New York (JFK), Osaka (KIX) and Santiago, Chile (SCL) . However, Qantas CEO Alan Joyce stressed the airline is committed to reopening those routes eventually.

All of the medium-to-long-haul international routes will be operated by Boeing 787s or A330s. Qantas has previously said its A380s will be grounded for about three years, so that means previous A380 routes such as Los Angeles (LAX), London Heathrow (LHR) and Dallas/Fort Worth (DFW) will be operated entirely by the smaller 787s until demand rebuilds. The carrier said it still has the flexibility to reactivate the A380s sooner if required.

The restoration of the international network means Qantas will operate all 11 of its current 787 fleet. It has three more 787s due from Boeing, but Joyce said the airline does not need these yet and they will be activated when the three remaining international destinations are restarted.

Low-cost subsidiary Jetstar is also planning to reopen all 13 of its international destinations from Oct. 31.

Qantas is already operating a handful of its flights to New Zealand, and expects to ramp these up significantly from July 1. Joyce said Qantas is assuming a two-way travel bubble between the countries will be in place by then.

Australia allows quarantine-free entry to travelers from New Zealand, but New Zealand does not yet reciprocate. Joyce said once border and quarantine workers are vaccinated, both governments should have more confidence that COVID-19 outbreaks will be unlikely to occur.

Qantas is also hoping the short-notice opening and closing of Australian state borders will no longer occur. Joyce is urging the national cabinet to declare by April that the need for such domestic border closures is over because of the vaccine rollout. “We think an assurance like that is worth pursuing,” he said.