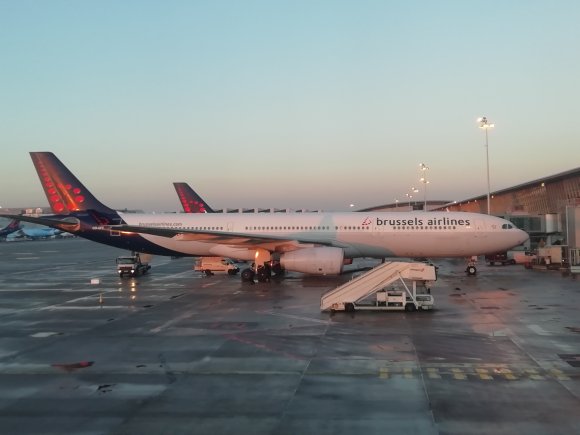 Brussels Airlines has outlined its flying program for the summer 2021 season, which includes the resumption of North Atlantic services and the addition of a new route to Frankfurt.

Flights from Brussels (BRU) to New York John F Kennedy (JFK) and Washington Dulles (IAD) are planned to operate as of June 14, with service to Montreal (YUL) starting a day later.

The flights will be the Lufthansa Group-owned airline’s first to North America since March 2020 when the COVID-19 outbreak brought the aviation industry to a virtual standstill.

The Star Alliance member originally planned to begin serving YUL 5X-weekly from March 29, 2020 but the launch was postponed because of the pandemic. The route was intended to replace the carrier’s BRU-Toronto Pearson (YYZ) service, which was suspended in January 2020.

A new short-haul route is also being added to Brussels Airlines’ network this summer, connecting the Belgian carrier’s BRU hub with that of parent Lufthansa. Service between BRU and Frankfurt (FRA) will be 2X-daily from Aug. 2.

According to data provided by OAG Schedules Analyser, Lufthansa is the only operator between BRU and FRA, and currently offers two flights per day. Prior to the pandemic, service was as frequent as 9X-daily.

Elsewhere, Brussels Airlines said it plans to gradually increase flight frequencies to all African destinations towards mid-June, when the West African cities of Abidjan (ABJ) in the Ivory Coast, Accra (ACC) in Ghana, Banjul (BJL) in Gambia, and Dakar (DSS) in Senegal will be served daily.

In Central and East Africa, Douala (DLA) and Yaounde (NSI) in Cameroon, Kinshasa (FIH) in the Democratic Republic of Congo, and Entebbe (EBB) in Uganda are planned to be served daily. Luanda (LAD) in Angola also re-joins the carrier’s network and will be served 3X-weekly from June 15.

Brussels Airlines is currently operating flights to nearly all of its African destinations, but short-haul European services which feed the African network remain limited. However, from April the carrier intends to “progressively reopen” its European network, with a focus on holiday travel.

The first routes to resume will include Athens (ATH), Barcelona (BCN), Bilbao (BIO), Faro (FAO), Lisbon (LIS), Madrid (MAD), Tel Aviv (TLV) and Valencia (VLC) among others. Additional routes and frequencies will return in May and June.

“Further development of the network offer is still highly dependent on the progress of the pandemic and the according travel restrictions. The network can still evolve with new destinations should opportunities in the market arise,” Brussels Airlines said in a statement.