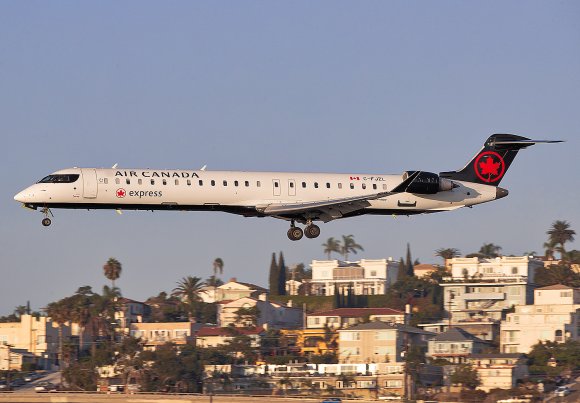 Air Canada has announced a shake-up of its regional services by making Jazz Aviation the sole operator of Air Canada Express flights.

As part of the changes, Air Canada will drop Ontario-based Sky Regional and transfer 25 Embraer 175 aircraft to Jazz. Nineteen Dash 8-300s will also be removed from Jazz’s fleet this year.

The move is contingent on Jazz’s parent Chorus Aviation agreeing to terms with Air Canada’s pilots.

"Air Canada is consolidating its regional flying with Jazz in response to the ongoing devastating impact of COVID-19 upon the airline industry,” Air Canada SVP of operations and express carriers Richard Steer said.

“This necessary realignment of our regional services will help Air Canada achieve efficiencies and reduce operating costs and cash burn by consolidating its regional operations with one provider.”

Sky Regional began operating under the Air Canada Express brand in 2011, flying regional routes from Toronto and Montreal to the likes of Minneapolis, Chicago and Halifax.

Air Canada said the decision to consolidate regional flying with Jazz would save C$400 million ($316 million) over the next 15 years thanks to operational cost reductions and “increasing near term-cost certainty.”

“By streamlining the regional fleet, this agreement will also position Air Canada to operate more competitively with a single provider as traffic returns following the pandemic,” Steer said.

The decision to transfer all Air Canada Express flights to Jazz is the latest in a number of changes Air Canada has made to its regional network since the onset of the pandemic.

The Star Alliance member last June announced that 30 domestic regional routes would end alongside the closure of eight stations.

Meanwhile, in separate news, fellow Canadian carrier Porter Airlines has been forced to push back its re-launch date due to continued COVID-19 travel restrictions. The airline ceased flying in March 2020 and now plans to resume service on May 19, 2021 instead of March 29.

“While there are signs of progress in containing the pandemic, it is necessary to reset our sights based on changing conditions.

“We remain optimistic that things are moving in the right direction, but it is possible that this tentative date may also need to be modified if vaccinations don't accelerate to enable the easing of travel restrictions.”