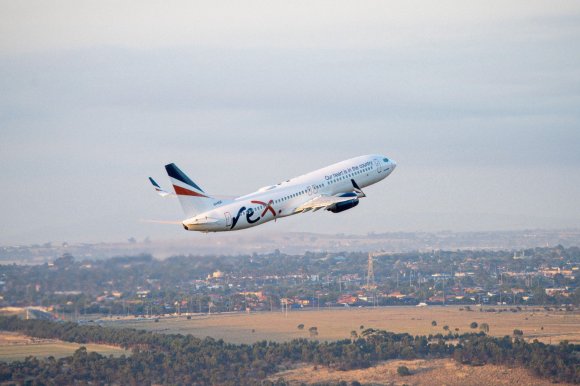 The airline’s first service between the two cities took place on March 1 as it attempts to compete with Qantas and Virgin Australia on metropolitan routes. Flights are initially 3X-daily using Boeing 737-800s but will increase to up to 9X-daily by the end of the month.

Lorie Argus, chief of aviation at MEL, welcomed the debut of another operator on the SYD-MEL route saying the arrival would lower fares for passengers.

“With international tourism on hold for the foreseeable future we believe Rex seized a golden opportunity at the right time,” Angus added.

“Rex has served the nation’s regional air needs for almost 20 years and its latest expansion provides even greater connectivity at a time when more people are seeking interstate adventures.”

Rex’s entry to the SYD-MEL market has sparked a price war on the route, with the carrier already selling seats on the service for just A$49 ($38). Both Qantas and Virgin have each responded by lowering their prices.

According to data provided by OAG Schedules Analyser, Qantas is this week (w/c March 1, 2021) offering 16X-daily flights between SYD and MEL, while subsidiary Jetstar is providing up to 9X-daily services. Virgin is also offering 9X-daily flights.

During the same week in 2019, Qantas was flying up to 37X-daily, Jetstar 6X-daily, Virgin 25X-daily and the defunct Tigerair Australia up to 9X-daily. In total, there were more than 200,000 two-way weekly seats on the route two years ago, compared with about 93,000 now.

Rex has also announced plans to launch 2X-daily services on three more routes. The carrier said it would start MEL-Gold Coast (OOL) from March 29, MEL-Adelaide (ADL) from March 31 and SYD-OOL from April 1. In addition, MEL-Brisbane (BNE) is expected to begin after Easter.

“Today, I am pleased to announce that these two states will, for the first time, be able to enjoy the same benefits for their domestic services.”

Rex does not expect its domestic services to be profitable in its current financial year but said they could break even next year if the domestic recovery is strong.

In February, the airline vowed to embark on “a major revamp of its regional route network” in response to “aggressive predatory moves by Qantas” into thin regional domestic routes. Sharp claimed that the oneworld alliance member has a “deliberate strategy” of moving onto routes that can only support one regional carrier.