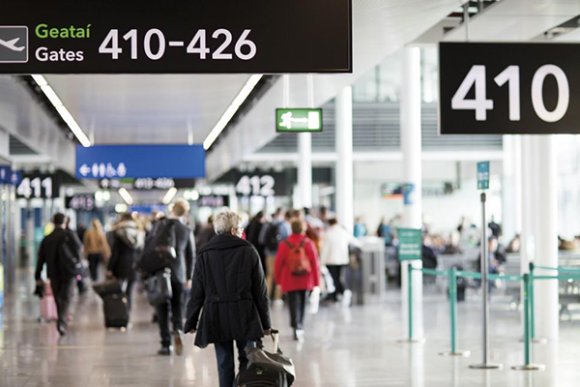 European Commission president Ursula von der Leyen has confirmed that work is underway on a "Digital Green Pass" that aims to facilitate the restart of European airline networks.

“We'll present this month a legislative proposal for a ‘Digital Green Pass,’” von der Leyen said Mar 1, via Twitter. “The aim is to provide proof that a person has been vaccinated, results of tests for those who couldn’t get a vaccine yet [and] info on COVID-19 recovery. It will respect data protection, security and privacy.”

Von der Leyen added that the Digital Green Pass will gradually enable Europeans to fly within the European Union, or abroad for work and tourism.

In late February, von der Leyen observed that there were still a lot of “open questions” and “political questions” relating to vaccination certificates, including their use and whether vaccinated people are still able to transmit COVID-19.

“The decision on what you are able to do, potentially, with such a vaccination certificate is to be decided particularly within each country. But at the EU level, I believe we should use them to ensure the functioning of the Single Market,” she said, following  videoconferences with EU leaders on Feb. 25 and 26.

“The good news is we do not start from scratch. At the end of January, the member states, with the support of the Commission, agreed on what kind of data are needed for such a vaccination certificate for medical purposes.”

She stressed that the data should be politically neutral and factual, such as the type of vaccine, any test results and history of COVID-19 infection.

“This takes a while, so this takes at least around three months. That is important, so that expectations are not too early too high,” she said. “It is just a technical work that has to be done now. Member states will need to move fast with the implementation if we want such a ‘green certificate' to be in place by this summer. Beyond agreeing on the principles and the technology, they will have to ensure a quick and complete roll-out in their national health systems and in their border systems.”

Some commentators have observed that the EC is being careful to avoid the term "vaccine passport" because this could be seen as a limit on the freedom of movement of unvaccinated travelers.

“Apart from vaccination, we will also be looking at other categories of information to avoid discrimination, such as test results and statements of recovery,” an EC spokesperson told the Aviation Week Network.

The EU initiative triggers questions about how the Digital Green Pass might fit with industry initiatives, such as the IATA Travel Pass.

Speaking on a March 2 conference call, IATA director general and CEO Alexandre de Juniac stressed that the IATA Travel Pass is not a vaccine passport. Instead, it is a tool to manage traveler health credentials, which sounds similar to what the EU is proposing.

“Unless we can get the majority of travelers processed electronically, we will not be able to handle the ramp-up of activity. Common standards are needed to document both tests and vaccines,” De Juniac said.

“This is a very timely discussion given the EU Commission’s decision to develop a common digital pass. We don’t believe that vaccines should be a requirement to fly, but if the EU does implement a vaccine mandate there must be a common standard for this across the EU.”

Meanwhile, European airline body Airlines for Europe (A4E) responded positively to the EU initiative. “We fully welcome this news! It brings us one step closer towards restoring free movement for European citizens in a safe and coordinated way,” A4E said, via Twitter.

By end of February more than 50 million doses of vaccines were scheduled for delivery to the EU, with than 29 million doses administered, representing 8% of the adult population.