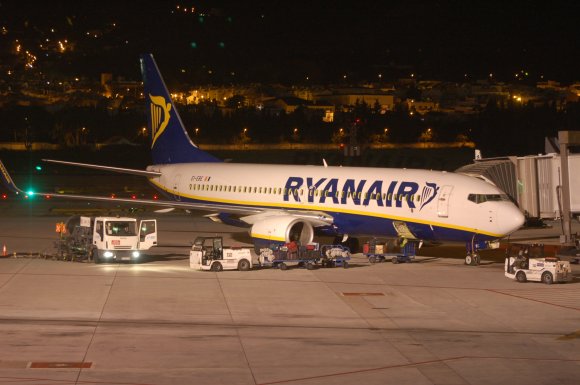 Ryanair hopes to fly up to 70% of 2019 passenger numbers this summer if governments exempt from quarantine travelers who have received a COVID-19 test or vaccine.

Speaking before a UK parliamentary committee, Ryanair group CEO Michael O’Leary said annual passenger numbers have fallen from about 150 million before the pandemic to an estimated 27 million in the year to the end of March 2021.

However, he hopes the airline can restore levels to about 60-70% of normal traffic during the peak summer months, rising to up to 80% next winter. During June, July, August and September 2019 the ULCC flew about 52.6 million passengers.

“That’s about as optimistic as it’s going to get,” O’Leary said. “We’ll be hopeful if that happens that we’ll be able to operate at close to breakeven for the year to March 2022, and then we might see a recovery of profitability into March 2023.”

He added that Ryanair was in a stronger position to recover traffic compared with some other airlines because it only operates short-haul services. However, O’Leary said the group was “heading for a loss of about €850 million” ($1.02 billion) in the current financial year which ends March 31.

During the parliamentary debate, O’Leary repeatedly urged the UK government to scrap Air Passenger Duty for one to two years, arguing that the removal of the tax would stimulate traffic. He added that APD is levied twice on domestic flights within the UK, thereby limiting the ability of carriers to serve routes from regional airports.

However, O’Leary praised the UK’s vaccination roll-out, which has so far seen more than 20 million people—out of a total population of 67 million—receive their first jab.

Since the parliamentary committee meeting took place on March 3, Ryanair has confirmed plans to return to Belfast City (BHD) this summer after an 11-year absence, citing the vaccination program in Northern Ireland as a reason.

“The UK government’s highly successful rollout of their vaccination program gives customers the confidence that travel will be possible this summer and Northern Ireland consumers now have eight routes at low fares to some of the most popular summer holiday destinations in Spain, Portugal and Italy to choose from,” Ryanair marketing director Dara Brady said.

BHD CEO Brian Ambrose added: “The choice of routes offered by Ryanair will facilitate both city breaks and relaxing beach holidays for our passengers.

“Travel has been significantly restricted over the last 12 months and as the vaccine rollout continues at pace and the restrictions ease, we expect there will be considerable demand for these routes, and we look forward to welcoming Ryanair customers through the terminal.”

Although Ryanair is returning to BHD, the ULCC will retain its presence at Belfast International (BFS), operating routes to Gdansk (GDN) and Krakow (KRK) among others. The airline is also scheduled to fly from BFS to ALC and AGP this summer, meaning it will serve the two Spanish destinations from both Belfast airports.