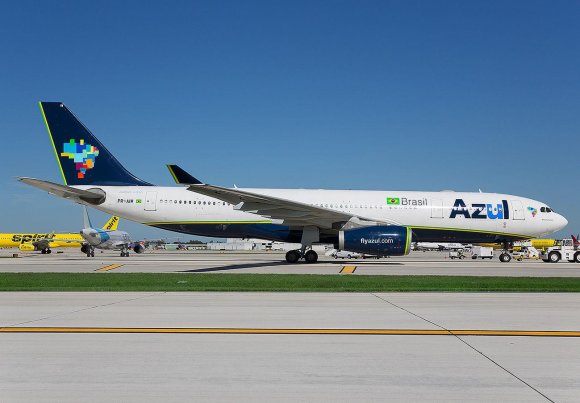 Despite some near term uncertainty created by a second wave of COVID-19 infections in Brazil, Azul is maintaining a positive outlook regarding adding capacity, particularly as vaccinations become more widespread in the country.

Azul has joined other Latin American LCCs in adding back capacity at a faster clip than airlines in other regions of the world. In December, the company deployed 91% of its 2019 capacity, and during 1Q, Azul is projecting its capacity levels will surpass its capacity growth during the first quarter of 2019.

But Brazil is battling a rise in its COVID-19 case counts. Data from the Johns Hopkins Coronavirus Resource Center show the country has a total of 10.7 million cases, and daily case counts on March 3 were 71,704, which is higher than a previous peak of 69,000 on Jul. 29.

Azul chief revenue officer Abhi Shah told analysts and investors during a March 4 earnings discussion that January and February were fairly strong months for the airline. But with the second wave of COVID-19 currently in its peak, the airline could potentially have to make some adjustments for March and April.

“The demand environment that we were seeing was very resilient in the first two months of the year, even as case counts were building,” Shah stated. “So that gives us great confidence that once the vaccine impact gets in, and we get this latest peak phase under control, that it will bounce back.”

Azul CEO John Rodgerson highlighted a forecast from Brazil’s health ministry that projects the country will receive more than 220 million doses of vaccine by July, which would be sufficient to vaccinate 50% of the Brazilian population. The forecast also estimates that 154 million doses should be available by May 2021, which is enough to vaccinate 100% of the country’s priority population.

“You're really talking a lot of positive news on the vaccine front,” Rodgerson said. “Of course, cases are up and that's a concern in Brazil, but there's a lot of help on the way.”