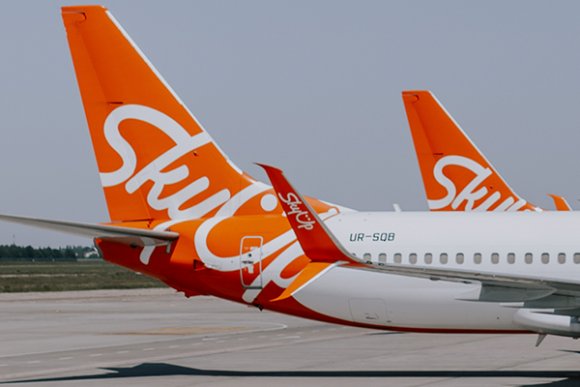 SkyUp Airlines is expanding its flight program to Georgia with the resumption of services from Kyiv and Kharkiv, and the launch of new routes from Zaporizhzhia, Lviv and Odesa.

The carrier’s services from Ukraine focus on connections to Tbilisi, the capital of Georgia, and Batumi, a resort town on the country’s Black Sea coast.

A number of the new routes were originally scheduled to begin last summer but were delayed because of the pandemic. However, the airline is pushing ahead with plans to start the services in summer 2021 as part of an ambitious network expansion strategy.

From the southern Ukrainian seaport of Odesa (ODS), SkyUp intends to open a route to Tbilisi (TBS) from April 28 and one to Batumi (BUS) starting a day later. Two flights per week will be available on both routes, although ODS-BUS will increase to 3X-weekly from June 1.

The airline will also begin flying from Lviv (LWO), a city in western Ukraine close to the border with Poland, to TBS on April 28 and BUS on April 29. Each destination will be served 2X-weekly, but LWO-BUS operations are expected to rise to 4X-weekly from June 1.

Zaporizhzhia (OZH), a city on the Dnieper river in southeastern Ukraine, will also get a route to BUS. Service will begin on May 28, operating three times per week.

Elsewhere, service to TBS from Kyiv Borispol (KBP) resumed on March 1, initially with 3X-weekly frequencies, rising to 10X-weekly from May 29. A 2X-weekly operation to Batumi will start on April 4, but SkyUp plans to take the route daily later this summer.

The airline’s Georgia network from Kharkiv (HRK) will also see 2X-weekly flights to TBS from April 27 and to BUS from April 28. Frequencies on the HRK-BUS route are slated to become 4X-weekly from May 28.

According to data provided by OAG Schedules Analyser, SkyUp will compete directly with Ukraine International Airlines on the KBP-TBS sector and Yanair on KBP-BUS. Yanair also plans to fly to BUS from HRK and ODS this summer.

In addition to the Georgia routes from ODS, SkyUp also plans to add three domestic connections and a new service to Armenia. The carrier will begin flying 4X-weekly to HRK on May 27, 3X-weekly to LWO on May 28, and 2X-weekly to OZH on May 28.

Yerevan (EVN), the capital and largest city of Armenia, joins SkyUp’s network from ODS on April 28. A 1X-weekly service will initially be offered, expanding to 2X-weekly from May 29.

The latest routes to Georgia and Armenia form part of an ambitious network expansion strategy the airline is embarking on this year, with OAG data showing more than 30 new routes are currently scheduled to start from March onwards.