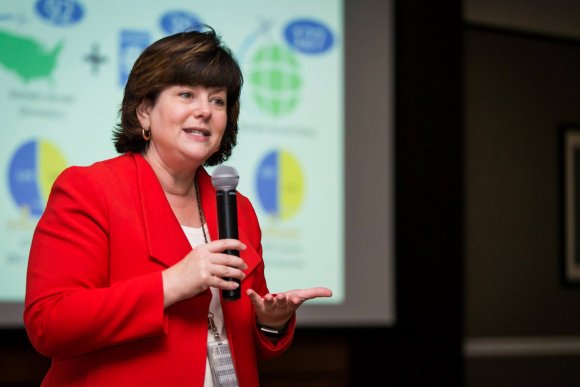 Philadelphia International Airport (PHL) CEO Chellie Cameron has been elected to serve as chair of the US Policy Council for ACI North America (ACI-NA), the trade association representing commercial service airports in the US and Canada.

Cameron, who is also the CEO of Northeast Philadelphia Airport (PNE), will be tasked with building consensus among her peers and articulating their priorities to the administration, Capitol Hill and the wider aviation industry.

“It is an incredible honor to serve the members of ACI-NA in this role,” Cameron said. “I look forward to a fresh start in 2021, and I’m excited to partner with our new administration to make an impact on how airports recover and grow.”

The US Policy Council is the policy-making body for federal government programs, legislation and regulations affecting airport operators. The council sets ACI-NA’s government relations activities to represent and advocate the interests of US airports.

As well as her role at PHL and PNE, Cameron serves on the board of directors for the US Travel Association, the Philadelphia Convention and Visitors Bureau, the World Trade Center of Greater Philadelphia, and the Global Philadelphia Association.

She succeeds Rick Tucker, CEO of Huntsville International Airport (HSV), who will continue serving as the immediate past chair of the US Policy Council.

Other ACI-NA leadership changes this year include Kim Becker, president and CEO of the San Diego County Regional Airport Authority, and Jamie L. Rhee, commissioner of the Chicago Department of Aviation, being elected to the organization’s board.