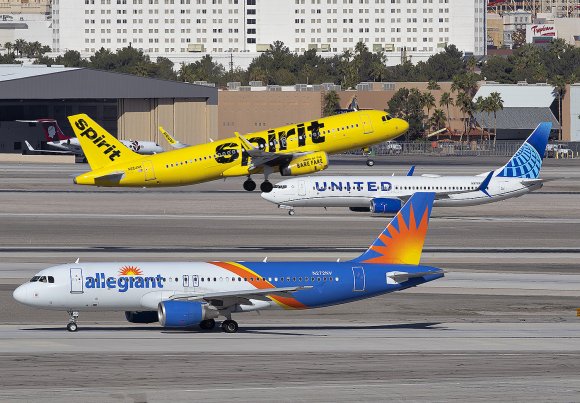 Recent commentary from US airline executives portends a route rebound this spring, as COVID-19 case counts, deaths and vaccinations continue to trend in a positive direction.

Spirit Airlines CEO Ted Christie reported March 3 that the company saw a weaker than expected January and February, as a third-wave of COVID-19 swept through North America, leading to increased restrictions on travel and business.

Bookings for the month of March are showing signs of improvement, however, and Christie said he now expects a strong exit rate for the 2021 first quarter, which “forecasts positive things for this summer.”

Christie said Spirit hopes to be back at 2019 levels of capacity by this summer, although he said the ULCC will likely not reach peak levels of aircraft utilization until summer 2022. “That capacity goal should give some indication about our view on the recovery,” Christie said on a March 3 investor webcast hosted by Raymond James analyst Savi Syth. “If anything, we may be pleasantly surprised if vaccination rates outpace our expectations.”

The positive update comes on the heels of similar guidance from Delta Air Lines, which also addressed the Raymond James conference on March 1. Delta president Glen Hauenstein said the company saw a significant pick-up in bookings beginning mid-February for both near-term and summer travel.

Addressing the same conference, Allegiant Air also confirmed that demand has gradually increased during Q1. The Las Vegas-based ULCC said its near-term capacity could get as high as 20% above 2019 levels, while longer-term, it continues to target a 10% annual growth rate, according to a summary provided by Syth.

A recent survey from Jefferies analysts found that 78 million American adults, representing roughly 20% of citizens above age 18, have already received at least one vaccine dose, while 26 million people, or 10% of adults, have been fully vaccinated to date. On Feb. 11, the Biden Administration reached an agreement for 200 million doses to be delivered by July, which the analysts said will provide “more than enough coverage” for the entire US population.

Still, US carriers are not resting on their laurels. Airlines for America CEO Nicholas Calio last week implored a panel of House of Representatives lawmakers to promptly deliver more aid to the industry, noting that carriers are expected to burn through around $150 million per day in Q1.