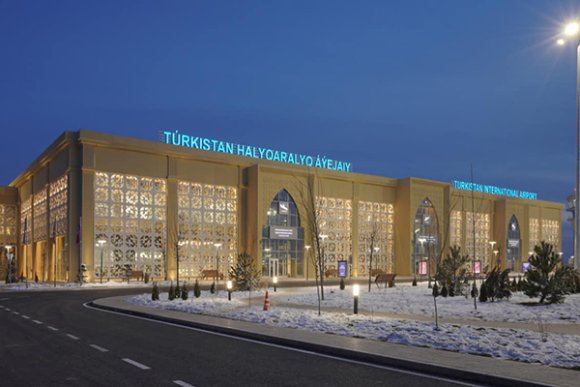 Air Astana’s low-cost subsidiary FlyArystan is to launch an international service from Turkistan in Kazakhstan to Istanbul in Turkey.

Regular flights from the new greenfield Turkistan International (HSA) to Istanbul (IST) will be 2X-weekly on Fridays and Sundays from March 21.

“Kazakhstan and Turkey maintain historically close ties and I’m confident that direct flight between Istanbul and Turkistan will make the connection even stronger,” FlyArystan head of network and revenue Renat Abulkhanov said. “The Turkistan region is full of unique architectural monuments and has a rich history.”

Turkistan is situated 160 km (99 mi.) north-west of Shymkent on the Trans-Aral Railway between Kyzylorda to the north and Tashkent to the south, with a population of about 150,000. The primary attraction of Turkistan is the 14th-century mausoleum for Khawaja Ahmed Yasawi, erected by the founder of the Timurid Empire, Amir Timur. The region also features the ancient settlements of Otyrar and Sauron.

FlyArystan was the first airline to fly into the HAS when the airport opened in December 2020 and it currently operates regular services from Almaty (ALA), Nur-Sultan (NQZ) and Atyrau (GUW). The Aviation Administration of Kazakhstan said that although HSA-IST flights will initially be 2X-weekly, there will be a phased increase to 7X-weekly.

Sabre Market Intelligence data shows that O&D traffic between Kazakhstan and Istanbul steadily increased from about 230,000 two-way passengers in 2015 to more than 285,000 in 2019. Three airlines currently serve the market, with Air Astana and Turkish Airlines each flying ALA-IST and NQZ-IST. SCAT also serves Aktau (SCO)-IST, while Pegasus Airlines is set to fly ALA-Istanbul Sabiha Gokcen (SAW) from April.