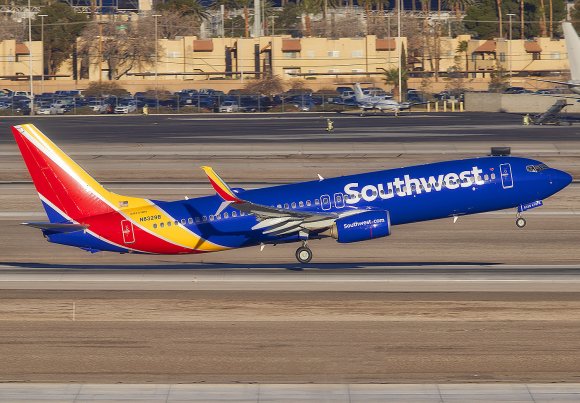 Southwest Airlines intends to add three more cities to its route network later this year, increasing the number of destinations launched or announced since the beginning of the pandemic to 17.

Southwest CEO Gary Kelly said the expansion allows the Dallas-based carrier to “continue our focus on putting our aircraft to work to pursue more customers and much-needed revenue.” He added the three destinations were “very different” but would appeal to existing travelers and “make a real difference” for the local communities the airports serve.

Southwest has not yet announced start dates or the routes it plans to fly, but the carrier hopes to begin serving MYR “in time for summer vacations.” Myrtle Beach is a tourist resort on South Carolina’s Atlantic coast, known for its string of beaches and golf courses.

Spirit Airlines is MYR’s largest carrier and the LCC intends to operate 20 nonstop routes from the airport during the upcoming summer season, including a new service to Akron/Canton Regional (CAK). In total, the airline expects to offer about 645,000 departure seats during the period.

Eugene is situated at the south end of Willamette Valley about two hours south of Portland and known for its outdoor pursuits. The city’s official slogan is ‘A Great City for the Arts and Outdoors’ and in 2022 it will host the World Athletics Championships.

Kelly said that Eugene was “ripe for the Southwest Effect.” According to data provided by OAG Schedules Analyser, EUG will be served by five carriers this summer, with Allegiant the sole operator of low-cost flights.

Meanwhile, Bellingham is a coastal city in Washington State, near the Canadian border. The city’s airport is often seen as a low-cost alternative to Vancouver, located some 70 km away.

“Following the reopening of the Canadian border, we expect a return of the value-minded travelers who already drive to this alternative airport to escape high fares and taxes,” Kelly said.

Allegiant is BLI’s largest carrier and will this summer fly to six destinations from the airport. Southwest expects to start flying to both EUG and BLI during the second half of 2021.

Starting May 6, the carrier will fly from VPS to Baltimore/Washington (BWI) and Dallas Love Field (DAL) 1X-daily and to Nashville (BNA) 3X-daily. A daily service to Chicago Midway (MDW) starts June 6.

Two routes are being launched from BZN starting May 27. Southwest will serve Denver (DEN) and Las Vegas (LAS) 2X-daily. The BZN-DEN route will increase to 4X-daily from June 6.