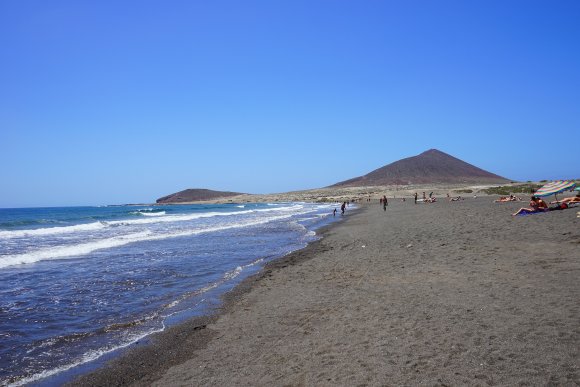 David Perez, CEO of the Tenerife Tourism Corporation, explains why the Spanish island will establish its own airline, Canarian Airways, to secure connectivity with its main markets.

In 2019 more than six million tourists arrived on the Canary Island of Tenerife. How much has reduced airline capacity from the COVID-19 pandemic impacted your business?

The pandemic created a trauma and a catastrophe for the entire industry. We had 70% less tourists. We hope to be able to recover some of the business next year and see further improvement in 2023.

All tour operators, transport companies etc are hoping this will happen by the end of 2023. More than 90% of our tourists arrive by plane; cruise ships are complicated and take about two days and three nights to reach our territory from mainland Spain.

The United Kingdom is our main market, followed by Spain and Germany and then France. Also, markets like North America and Israel are important. The biggest problem for us currently are the tight travel restrictions from the Spanish government where it is forbidden for British people to come because of the latest coronavirus variant.

How important is tourism for the economy?

Many companies on the island are connected with tourism, and they all feel this crisis. There are a total of 150,000 hotel beds and 80% of the hotels are closed. More than 100 aircraft landed on average per day in Tenerife before the pandemic.

We have also one million locals who need connectivity by air. In terms of long-haul, in the past we had flights to Caracas. Air Europa operated to Miami but that stopped flying. At the end of last year we had an intensive promotion to the US and Canada and, as a consequence of this, we are one of the eight destinations preferred by American and Canadian travelers.

We have been fighting for many years to have direct flights to the US and more than 25,000 travelers are coming every year from the US. If we get a direct connection, we are pretty sure that would increase the numbers.

Why you are launching the Canarian Airways project?

When Thomas Cook went bankrupt, with important routes from Scandinavia, UK and Germany, this was a massive loss for us. Thomas Cook was about 30% of the total capacity offered to Tenerife. But in three to four months of hard work all of the connectivity was restored with other airlines.

The other big operators into Tenerife are TUI and Jet2holidays. But as an example one million tourists are from Germany and about 100,000 are Austrians more or less. But this number of travelers was higher in the past—we’ve had problems with the bankruptcies of Niki, Germania, Air Berlin. All of this was crazy for us and we lost a lot of connectivity with Germany.

We want to recover to the pre-pandemic level, but we also need more airlines with a business class product on board, because we have so many five-star hotels on the island. But that is not possible with LCCs like easyJet or Ryanair. Ryanair, which is the largest airline on the island, is not the right solution for some valuable customers.

Our investors [in Canarian Airways] are mainly hoteliers from the island and we are supporting the idea and the project with 20% of the company. Hoteliers became very concerned about the situation with Thomas Cook in the past, and are worried that maybe another possible situation will happen in the future. Let’s see how it works.

So the the airline would make you more independent from possible airline bankruptcies?

That’s the idea. It’s very important. If we own an airline and something happens in the industry, we can react in several days.

Also, the people who are buying holidays are changing. For the new generation, the demand will become different when they plan their holiday.

But it is also about the ticket prices. For example, it is quite expensive for Spanish tourists to come to the island. Our airline should reduce prices, for example for people who come from mainland Spain. Canarian Airways should offer more options to the European continent. The airline should take off in the second part of June. At the start of operations we will operate with one wet-leased aircraft and the idea is to operate two or three aircraft before of the end of the year. We plan to grow very slowly to see what happens.

What about the on board product on this Airbus A319?

The aircraft will be based at Tenerife Sur (TFS). We have very good high-class hotels. So we also need comfortable flights. The Airbus will have fewer seats, only 145, and the offering on board also includes local products.

We will also look for new routes, but we will have more results about this project in the next few months. The first aircraft arrives in the first week of June and destinations include Madrid, Barcelona, Bilbao, Vigo, Berlin, Cardiff and Glasgow.