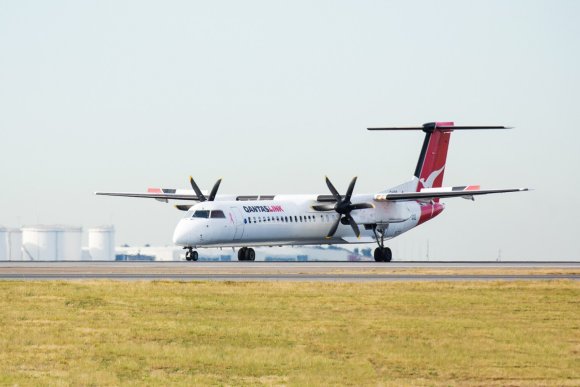 Australia’s flag-carrier Qantas has announced plans to add three new routes to Cooma and Albury, which serve as gateways to the snowfields in New South Wales and Victoria.

The additions include one market that rival Rex will exit as part of a network reshuffle, sparked by what it claims are “aggressive predatory moves by Qantas” into thin regional domestic routes.

From Cooma, passengers can access the popular resorts of Perisher Valley, Thredbo and Charlotte Pass in New South Wales. From Albury, travelers can visit the Falls Creek and Hotham resorts in Victoria.

The new routes to OOM and ABX will be operated by QantasLink’s turboprop Dash 8-400 aircraft.

“With international border closures meaning more Australians are planning their next holiday closer to home, we are creating more travel options where there is demand,” QantasLink CEO John Gissing said.

“We’re expecting these flights will be popular with skiers and snowboarders who might not have been able to hit the slopes through COVID last season in Australia or overseas.”

Gissing said the oneworld alliance member would be working with major ski resorts and transport operators to promote the new routes. According to data provided by OAG Schedules Analyser, Qantas will be the only airline operating scheduled service on SYD-OOM, BNE-OOM and BNE-ABX.

Rex previously served SYD-OOM nonstop, but the route is one of five being axed at the end of March. The regional carrier blamed the suspensions on Qantas’ decision to compete with it on eight separate routes where the airline described current passenger numbers as “laughable.”

Qantas hit back at the allegations from Rex, describing them as a “classic Rex tantrum.”

“Rex’s idea of competition is that it’s something that happens to other people, because they believe they have an enshrined right to be the only carrier on some regional routes,” Gissing said in February.