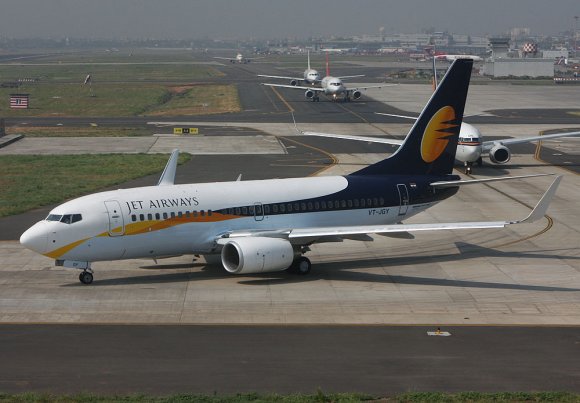 The revival of collapsed Indian airline Jet Airways has been dealt a setback by a government decision that the airline cannot automatically reclaim its previous slots.

Jet Airways ceded its valuable slot portfolio after it ceased operations in 2019. The airline’s new owners have been seeking to secure these slots as a key element of their plan to resume services.

However, court filings by Indian aviation authorities indicate that the slots will not be returned, according to reports by the Business Standard and other local publications. Instead, a revived Jet Airways would have to apply for new slots in the same way as any other carrier.

Many of Jet Airways’ international and domestic slots were redistributed to other airlines. At that time, aviation authorities indicated the arrangement would be temporary as the slots may be reclaimed. But it has taken so long to relaunch Jet Airways that it would now be difficult to unwind the distribution.

The Indian aviation ministry said too much time has elapsed for Jet to reclaim the slots. The ministry also stressed that the slots are not assets owned by any airline.

Jet Airways was India’s second-largest full-service airline before ceasing all services in April 2019 when it could not meet its financial obligations. After a long bankruptcy process, creditors in October 2020 approved a takeover by a consortium comprising Dubai-based businessman Murari Lal Jalan and London-based asset management company Kalrock Capital.

The consortium’s resolution plan is now being considered by the National Company Law Tribunal. The court had asked India’s ministry of aviation and civil aviation directorate to report on the status of Jet’s former slots.

The new owners have said they intend to progressively resume Jet Airways’ services in 2021. Most of the carrier’s former fleet was reclaimed by lessors, but it still has 11 aircraft in storage according to Aviation Week Intelligence Network Fleet and Data Services. These include two Airbus A330-200s, three Boeing 737s and six 777-300ERs.