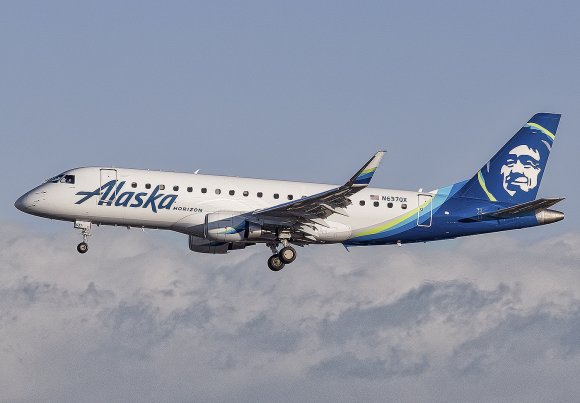 All four routes will operate daily. The destinations to be served from SEA are Idaho Falls (IDA) and Redding (RDD) in California. Both routes will be operated with De Havilland Dash 8-400 turboprop aircraft.

The destinations to be served from BOI are Chicago O’Hare (ORD) and Austin (AUS). Both BOI routes will be operated with Embraer E175 aircraft.

All of the routes will be operated by Horizon Air—Horizon being the wholly owned regional subsidiary of Alaska Airlines parent Alaska Air Group.

Alaska noted that it will operate 28 daily departures to 12 cities from BOI from June 17.

The carrier said passengers will be able to connect to American Airlines’ domestic and international networks at ORD. On March 31, Alaska Airlines will formally join the oneworld alliance, of which American is a founding member.

“With Alaska joining American in the oneworld alliance on March 31, guests can expect a seamless travel experience” when flying from BOI to ORD and onward, Alaska Airlines said.

Regarding the two new SEA routes, Alaska said that “both locations offer excellent outdoor opportunities, especially this summer as more and more travelers search for open spaces to spread their wings.”

Alaska and other US airlines believe there will be demand for markets with outdoor activities in the 2021 summer as the country navigates the COVID-19 pandemic.

“Idaho Falls is the western gateway to Yellowstone and Grand Teton National Parks, and Redding in Northern California provides easy access to Mt. Shasta and the Redwoods,” Alaska said.

Alaska noted that the SEA-IDA route will give Idaho Falls its only year-round flight to a US west coast airport. Alaska will be the only airline flying the SEA-RDD route.