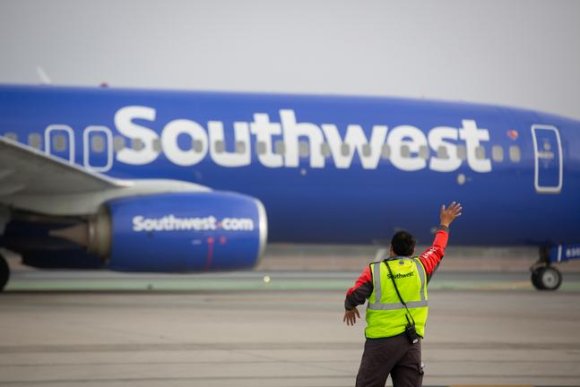 Southwest CEO Gary Kelly believes the LCC is moving beyond the worst of the COVID-19 pandemic as widespread vaccinations could help move the needle on demand later this year.

During the course of the last 10 months, Southwest’s revenue has fallen by 65%-70%, Kelly said during a March 10 fireside chat with the Aero Club of Washington. The start of 2021 was rocky for most US airlines as COVD-19 case counts in the US surged.

However, “I think the worst is behind us,” Kelly said.

Southwest’s bookings in the future “certainly look better” than January and February, Kelly said. The company’s revenues will fall roughly 60% in March compared with 2019, and there’s hope trends will improve in April and May, he added.

Looking further out, Kelly said he is “really looking forward to June,” when travel demand could begin to return to normal.

Southwest recently released financial guidance that projected an improved cash burn forecast for Q1 of $15 million per day from previous projections of $17 million. The airline attributed the improvement to better leisure demand in February and March.

The addition of 17 new cities during the last year have also made “meaningful contributions” in reducing the company’s cash burn as those new markets helped the airline put idled assets to work, Kelly said.  All of those cities were on Southwest’s route wish list prior to the pandemic, but the airline did not have the capacity to add them to the network.

“Now we do, and they’ll be permanent additions,” Kelly said, adding that Southwest has had “great success with Miami [MIA].”

Southwest is the world's largest Boeing 737 Max customer and plans to put the aircraft into its active network on March 11. “We’re happy to have [the MAX] back in service,” Kelly said. “It is our future.”