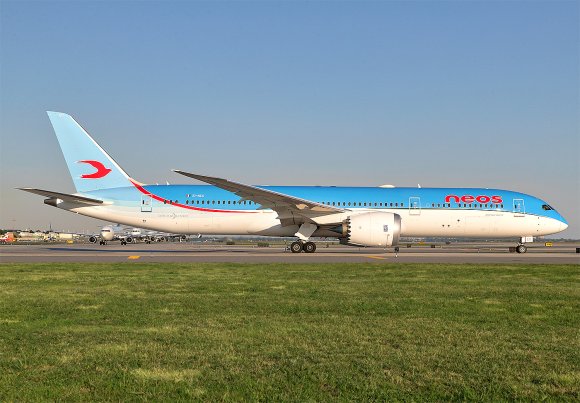 The US Transportation Department (DOT) has received an application from Milan-based airline Neos for exemption authority and an amended foreign air carrier permit.

The leisure airline, which operates a fleet of six Boeing 737s and six 787s, received authorization in 2008 to provide charter flights to the US. Now it wants to adjust this so it can fly scheduled routes.

The application requests the DOT grant scheduled exemption authority for a period of two years ahead of amending the existing foreign air carrier permit.

Neos said it plans to begin marketing services “as soon as possible.” However, the carrier’s application has not revealed which US destinations would be served.

Neos began commercial operations in 2002, flying from Milan Malpensa (MXP) to Dakar (DSS) in Senegal. The airline’s network is currently limited to a handful of scheduled services from MXP, with flights to DSS, Bandaranaike (CMB) in Sri Lanka and Nanjing (NKG) in China among others.

However, before the pandemic Neos was operating a number of transatlantic services, including routes from MXP to Havana (HAV) and Varadero (VRA) in Cuba; La Romana (LRM) in the Dominican Republic; and Pointe-a-Pitre (PTP) in Guadeloupe.

The latest schedules data published by OAG shows that routes from MXP to HAV, VRA and LRM are expected to return during the upcoming summer season as part of a wider network rebuild.