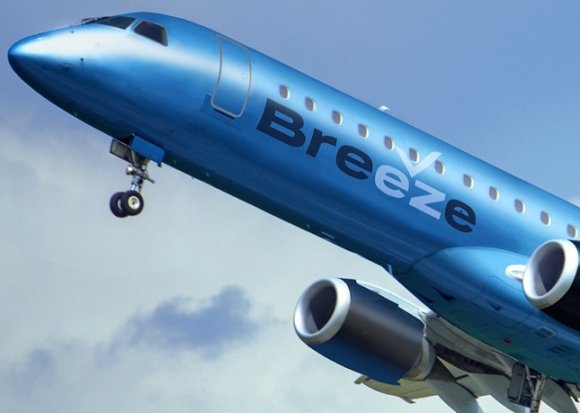 Breeze Airways, the startup which wants to serve routes it says have been “abandoned” by larger carriers, has been approved by the US Transportation Department to begin operations.

The final order deems the airline “fit, willing, and able to engage in interstate scheduled air transportation of persons, property, and mail” and means Breeze can use up to 22 large aircraft for interstate travel.

Breeze, led by JetBlue founder David Neeleman, has so far remained tight-lipped on its network plans, but intends to offer point-to-point flights from smaller secondary airports, bypassing hubs. The airline said its routes would serve “cities that have been forgotten or neglected.”

In the subsequent months, Breeze expects to increase the number of destinations from the two initial airports and open another airport in the southeast.

The startup believes that by flying smaller aircraft with a lower trip cost, there are “hundreds and hundreds of city pairs that can support a nonstop flight.”

The airline added: “As major airlines retrench their networks in response to decreased travel demand, Breeze sees even more opportunities to serve smaller cities currently reachable, if at all, only through connections and the corresponding increased travel times.”

Breeze has agreed to acquire 60 Airbus A220-300 aircraft produced in Mobile, Alabama, with the first to arrive in August 2021. Prior to the A220 deliveries, service will begin with leased Embraer E190 aircraft.

The first of 15 E190s leased from Nordic Aviation Capital was delivered in February, with a second arriving earlier this month.

In August 2020, Breeze raised approximately $83 million from equity investors through a series A financing. The company said the cash raised provides it with “more than adequate balance sheet strength” to launch its new operations.

Breeze’s corporate headquarters will be situated in Darien, Connecticut, while commercial operations will be operated from Salt Lake City (SLC), Utah. In December, the airline partnered with Utah Valley University to create a flight attendant training program.