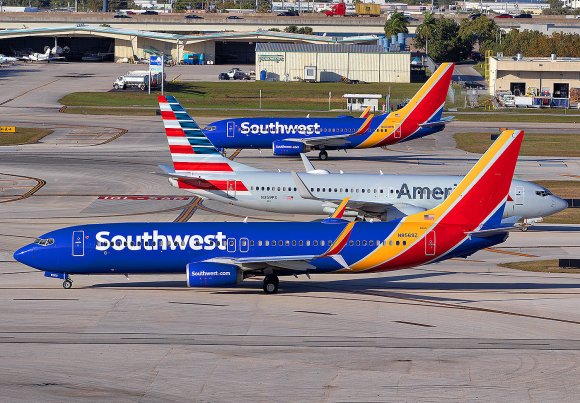 A host of US airlines forecast improved bookings for spring and summer travel, driven by continued positive momentum in COVID-19 case counts and vaccinations, opening up the possibility that airline networks could look closer to pre-pandemic levels as the year goes on.

Carriers including Alaska Airlines, Delta Air Lines, Southwest Airlines and United Airlines said bookings in February were softer than expected, reflecting a surge in infections and increased travel restriction over the winter. That picture began to change in March, however, with carriers now reporting substantial improvement across the booking curve.

JetBlue Airways, for example, said that while demand trends “remain choppy,” it has experienced a pick-up in leisure and visiting friends and relatives (VFR) bookings in recent weeks. As such, the New York (JFK)-based carrier now expects 2021 first quarter revenue to decline 61-64% versus Q1 2019, better than prior expectations of down 65-70%. JetBlue CEO Robin Hayes said the company’s revenue increased in March from a $6 million per day entry rate to an exit rate of between $10 million and $12 million per day.

“That shows you how much acceleration there has been as we’ve gone into March,” Hayes said March 15 during the 2021 J.P. Morgan Industrials Conference. “Really, all the improvement we’ve seen over the initial guide is revenue based, and it’s what we’ve seen over the last few weeks.”

United said it now expects core cash flow for the month of March to be positive “if the current trajectory of booking improvement is sustained.” The Chicago-based carrier also said it expects to maintain that positive core cash flow moving forward, despite higher fuel prices in 2021.

“This allows United to win the positive cash race in the industry ... though it appears Alaska may also have tied,” J.P. Morgan analyst Jamie Baker noted in a March 15 client note.

Delta said it expects its top line revenue to come in 40% higher in March compared to February, which is greater than its historical 30% sequential improvement between those months. Management reiterated its goal to achieve cash burn break even this spring, and remains “cautiously optimistic” about the prospects of realizing that target given the demand improvement seen in March, according to Baker.

Southwest, meanwhile, reported improvements in leisure bookings with “beach and other nature-inspired destinations'' continuing to outperform other markets. The Dallas Love Field (DAL)-based carrier said its March and April 2021 operating revenues should improve over previous expectations, “primarily due to an increase in passenger traffic and fare expectations.”

Alaska said its cash flow from operations during Q1 increased compared to prior expectations, with bookings for future travel “showing strong improvement” in March. The Seattle (SEA)-based carrier now expects positive free cash flow of between $50 and $100 million during the March quarter, compared to original expectations of negative $100 million to zero.

The positive market updates comes as US passenger traffic, measured by daily TSA throughput, topped 1 million people for the fourth consecutive day on March 14, the first time checkpoint volume saw four straight days above the one million mark since mid-March of last year.