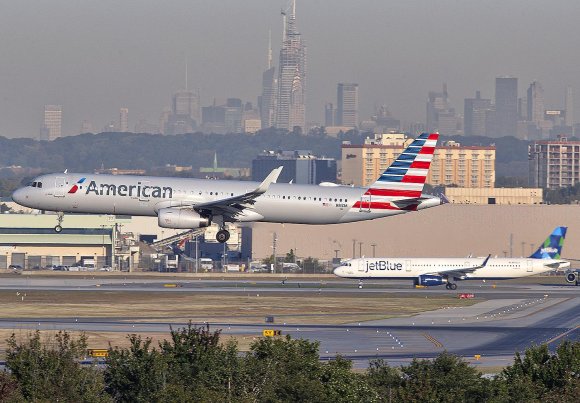 JetBlue Airways plans to use its new partnership with American Airlines to utilize airport slots that were previously not available to the airline.

The two airlines launched their “Northeast Alliance” from Boston (BOS) and the New York metro area in February. Initially, JetBlue is placing its code on 25 American routes while American’s code will be on 49 of JetBlue’s routes.

During the J.P. Morgan Industrials conference, JetBlue CEO Robin Hayes said the alliance “is a fabulous opportunity for JetBlue, working with American, to expand our point-to-point footprint in New York.”

Citing JetBlue’s newly announced route from New York LaGuardia (LGA) to Denver (DEN), Hayes said the route would have never been possible prior to the American alliance “because of our restrictions at LaGuardia in terms of slots.” When JetBlue launched service from BOS to LGA, the airline had to cut some routes to Florida from LGA “because we just didn’t have the slot base.”

The partnership will also benefit JetBlue’s transcontinental operations, Hayes said. JetBlue will now have more flights in the morning from the US west coast, which was not previously possible due to a shortage of slots in New York during the late afternoon.

JetBlue and American are adding roughly 33 new routes from the New York region and BOS during the first phase of their alliance. Hayes said the JetBlue-American relationship will create “more competitive choices as JetBlue and American work together to feed customers into long-haul markets.”