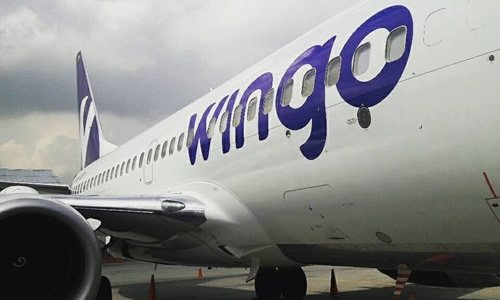 Copa Airlines’ low-cost unit Wingo is expanding service between Colombia and Mexico in March by launching one new route and resuming another.

From March 28, the carrier intends to begin flying between Medellín (MDE), the capital of Colombia’s mountainous Antioquia province, and Mexican vacation resort Cancun (CUN). Service will initially be 2X-weekly using 186-seat Boeing 737-800 aircraft, rising to 3X-weekly from May.

Wingo will be hoping to gain first mover advantage on a route that has been unserved nonstop for almost a year since Mexican carrier Interjet halted flights because of the COVID-19 pandemic.

According to analysis of data provided by OAG Schedules Analyser, Aeromexico began serving the market in November 2018. However, the Mexican flag-carrier’s exit in July 2019 coincided with Interjet launching daily operations, which it continued until late March 2020.

As Interjet’s fleet remains grounded, and with the carrier facing an uncertain future, Wingo is one of three LCCs that see the route as an attractive point-to-point leisure market.

Viva Air Colombia in February announced plans to begin a 3X-weekly MDE-CUN route from June 2—one of two services to Mexico being launched by the airline from MDE—while Volaris has applied to Colombia’s aviation authority Aerocivil to operate MDE-CUN 2X-weekly.

Sabre Market Intelligence figures show that O&D traffic between Medellín and Cancun totaled 137,233 two-way passengers in 2019, up by 63% on the previous 12 months.

“We are exploring increasing the number of weekly flights between the capitals of Colombia and Mexico because we know that the market response will be positive, taking into account that Wingo already operated this route,” the LCC added in a statement.