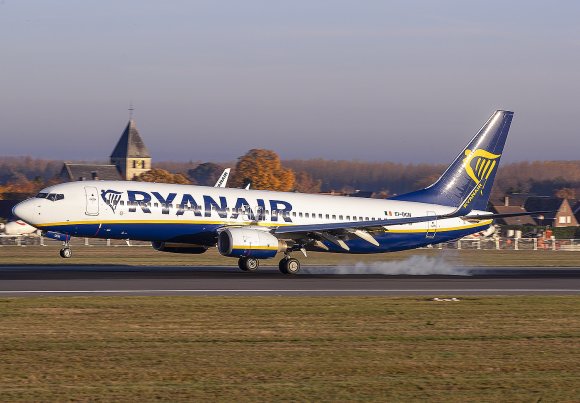 The Irish carrier said Spain’s domestic traffic “is expected to be the first to soar this summer” thanks to the country’s ongoing COVID-19 vaccination program. Nine new routes are being launched from July 1, while nine more will receive frequency additions.

Overall, the airline plans to operate 800 weekly flights across 21 airports in Spain by peak summer.

“Vaccination programs are due to accelerate in the coming months, and with pent-up domestic and international demand likely to increase this summer, we are confident new routes to Spain’s most popular holiday destinations will attract strong interest from our Spanish customers,” Ryanair director of commercial Jason McGuinness said.

In addition, Ryanair intends to launch a new international route from Malaga (AGP) to Rabat (RBA) in Morocco, operating 2X-weekly from July 1.

After last week expanding its flight program between the UK and Greece, Ryanair has confirmed two further UK network additions. From June 4, a 2X-weekly service between Liverpool (LPL) and Kaunas (KUN) in Lithuania is being launched alongside a 2X-weekly service from Birmingham (BHX) to Poznan (POZ) in Poland, beginning July 3. BHX-POZ was previously served by Wizz Air.

Three new routes from Vienna (VIE) to Menorca (MAH), Niš (INI) and Suceava (SCV) will be offered 2X-weekly from the first week of July, while MAH will also receive service from the French airports of Bordeaux (BOD) and Marseille (MRS).

New routes from Germany include Bremen (BRE)-Porto (OPO) and Memmingen (FMM)-Lappeenranta (LPP), while Eindhoven (EIN) and Maastricht (MST) in the Netherlands will receive routes to Barcelona (BCN) from July 2 and 3 respectively. Both will be served 2X-weekly.

The full list of network additions announced this week is below.