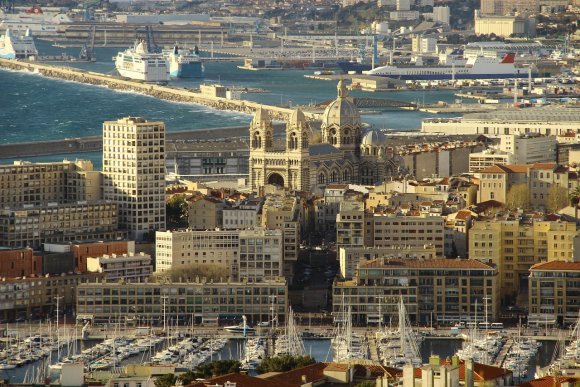 Volotea is adding a new country to its route map from September when the Spanish carrier begins service to Algeria. The airline intends to operate eight routes between the North African nation and France, offering 19X-weekly departures across three French airports and seven in Algeria.

Central to the LCC’s expansion is Marseille-Provence Airport (MRS), which will receive six of the new routes. Volotea opened a base at MRS in April 2018 and is on course to be the airport’s fourth-largest operator by peak summer 2021 behind Ryanair, Air France and Air Corsica.

The new flights will connect the Mediterranean port city with Oran (ORN) 4X-weekly, while two services per week will be offered to Annaba (AAE), Bejaia (BJA), Constantine (CZL), Setif (QSF) and Tlemcen (TLM). Bordeaux (BOD)-Algiers (ALG) will also be served 2X-weekly and Lyon St-Exupery (LYS)-QSF will be 3X-weekly.

The network expansion will add more than 5,900 two-way weekly seats to the France-Algeria market—about 4,300 of which will be to and from MRS. Given that France has a population of some 5 million people of Algerian descent or nationality, Volotea will largely be targeting price-conscious VFR travelers on the new routes.

Sabre Market Intelligence data shows that overall O&D traffic between the two countries totaled almost 4.1 million two-way passengers in 2019. This figure represented a year-on-year drop of almost 6% following the September 2019 demise of Aigle Azur, which was a significant player in the market.

Although Air France and subsidiary Transavia were the big winners when it came to redistributing Aigle Azur’s traffic rights, Volotea picked the rights for the eight routes it plans to launch this coming September. However, OAG Schedules Analyser data shows the airline will face strong competition from Air Algerie on each of them, apart from MRS-QSF where Volotea will be the only operator.

The latest schedules suggest that the sternest test will come on the MRS-ORN sector where Air Algerie intends to provide daily Boeing 737-800 service, offering about 2,600 weekly two-way seats. The route was suspended in October 2020 but is scheduled to return in late April. The addition of Volotea’s flights will increase weekly capacity by around 1,200 seats.

O&D traffic between Marseille and Oran was 140,772 in 2019, down from 153,883 during the previous year. Preliminary figures for 2020 show O&D traffic totaled around 25,400 two-way passengers and was the second largest Algeria market from Marseille behind Algiers.

Meanwhile, in a further North African boost for MRS, Air Arabia Maroc has announced the launch of two new routes Morocco from March 28, 2021. The LCC will begin a 3X-weekly service to Fez (FEZ) and a 2X-weekly route to Oujda (OUD). The airline is also launching a 2X-weekly Casablanca (CMN)-BOD route on the same day.