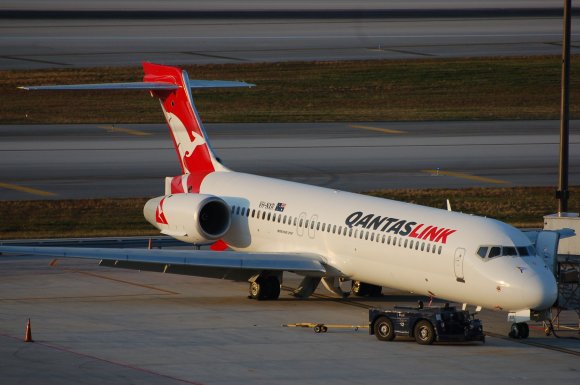 Rex has publicly accused Qantas of embarking on a “deliberate strategy” of moving onto sectors that can only support one regional carrier in an attempt to “intimidate and damage” the airline in its traditional regional market.

However, a report published by the Australian Competition and Consumer Commission (ACCC) said it “carefully considered” whether Qantas is engaging in predatory behaviour by entering routes that have historically been operated by Rex—and found that the actions were not anti-competitive.

“Rex’s recent expansion into the domestic network, and its announced plans to enter additional routes in competition with Qantas, does not suggest that the entry of Qantas on particular routes is impeding Rex from competing across the broader network,” the report said.

“To the contrary, competition appears to be increasing not decreasing.”

The ACCC stressed that its focus is on protecting the process of competition, not individual competitors.

Since the start of the pandemic, Qantas has announced 26 new domestic routes, of which Rex is the sole operator on eight of them and the largest carrier on each. Rex has vowed to “stand its ground” on the eight routes, even if “inevitably both carriers will be making significant losses.”

However, Rex said that flights on five separate “marginal routes”—from Sydney (SYD) to Bathurst (BHS), Cooma (OOM), Grafton (GFN) and Lismore (LSY), and the route between Adelaide (ADL) and Kangaroo Island (KGC)—would be cut from its network.

Speaking in February, QantasLink CEO John Gissing hit back at the allegations from Rex, describing them as a “classic Rex tantrum.” He added that it “feels like Rex is trying to blame Qantas for other challenges they may be having.”

“Rex’s idea of competition is that it’s something that happens to other people, because they believe they have an enshrined right to be the only carrier on some regional routes,” Gissing said.

The latest report from the ACCC also looked at the wider state of the aviation industry in Australia. It found that total passenger numbers for December 2020 were 41% of pre-COVID numbers, up from the 13% of pre-pandemic levels reported in September.

The gradual recovery of the industry over the quarter to December meant air traffic also started to return to more normal domestic patterns. While intrastate routes accounted for the vast majority of passengers throughout 2020 because of closed borders, 69% of passengers in December flew on interstate routes, up from 26% in September.

The return of interstate flying appears to have assisted Virgin Australia most notably as the airline increased its share of total passengers from 20% to 24% over the December quarter. The Qantas Group—consisting of Qantas, Jetstar and QantasLink—remained dominant with 74% of the market.

However, the pandemic has presented an opportunity for Rex to secure the aircraft and pilots needed to expand into major city routes. Earlier this month, Rex began services on the Melbourne (MEL)–SYD route, and announced plans to expand into ADL, the Gold Coast (OOL) and Canberra (CBR) over the coming weeks.

Rex’s expansion provoked immediate responses from its competitors. The airline’s promotional A$49 ($38) fares on the MEL-SYD route prompted Virgin to price match, while Qantas-owned Jetstar introduced a $29 discounted airfare.

The ACCC said it understands that routes have become increasingly ineligible for funding under these programs as activity has recovered, but the extension would likely see the retention of some routes that would otherwise have no longer been operated.