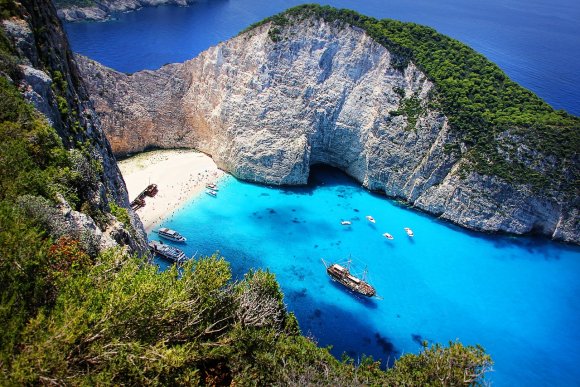 Wizz Air and easyJet have each announced further network expansion for the summer season as they target a rebound in European traffic.

Greece is a key focus of Wizz’s growth, with the Hungarian ULCC confirming a string of new leisure routes to destinations on various Greek islands.

Tel Aviv (TLV) will receive a route to Mykonos (JMK), on top of three Greek routes announced earlier this month to Rhodes (RHO), Heraklion (HER) and JTR.

Other additions include two routes from Gdansk (GDN)—to HER and JTR—and two from Warsaw (WAW), to Preveza (PVK) and Thessaloniki (SKG). Budapest (BUD) will also be linked with CHQ, and Debrecen (DEB) to JTR.

Greece hopes to reopen its doors to tourists from May 14, the country’s tourism minister Haris Theoharis has said, with the government aiming this year to attract at least 50% of the 31 million people who visited prior to the pandemic. It is expected that anyone who has been vaccinated or has tested negative for COVID-19 will be allowed to enter.

Other new routes announced by Wizz this week include flights between Krakow (KRK) and Split (SPU); and Birmingham (BHX) and Larnaca (LCA).

Meanwhile, easyJet is enhancing its offer in the France and UK domestic markets. From Bordeaux (BOD), the airline is starting a route to Ajaccio (AJA) on the island of Corsica, and resuming seasonal service to Bastia (BIA), Figari (FSC) and Olbia (OLB).

“This summer, Corsica will be one of the most popular destinations among French passengers. We are pleased with the excellent prospects for the summer season,” BOD MD Thierry Couloumies said.

In the UK, easyJet is adding two routes from Bournemouth (BOH). From May 26, the LCC will start flying 2X-weekly to Belfast International (BFS), with service to Edinburgh (EDI) beginning a day later. The BOH-EDI route will also be 2X-weekly.