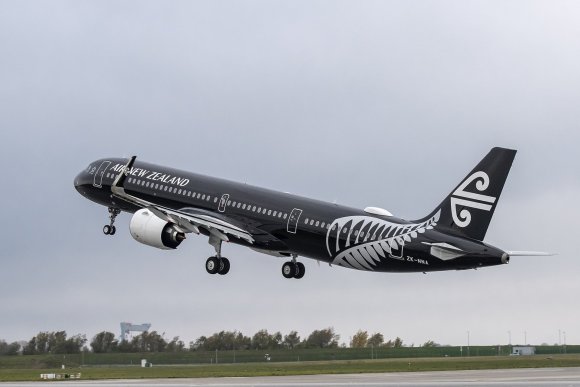 Air New Zealand plans to launch a year-round route between Auckland and Hobart when a two-way transtasman bubble is started.

The Star Alliance member last flew to Tasmania’s capital 23 years ago and said the city would be its 10th Australian destination. Flights will be 2X-weekly on Thursdays and Sundays using Airbus A320neo aircraft.

“Our Hobart-Auckland route will open a direct link between 540,000 potential Tasmanian tourists and our biggest city, with regional hot spots like Queenstown and Rotorua a short skip away.”

He added that while New Zealand will be a key destination for Tasmanians, the route will open opportunities for Kiwis too.

“As Australia’s second oldest city, Hobart is rich in heritage and its world-famous Museum of Old and New Art mixes antiquities among contemporary art. The city’s vibrant Salamanca Market and surrounding bars and restaurants are a terrific introduction to what’s on offer.”

According to data provided by Sabre Market Intelligence, O&D traffic between New Zealand and Hobart totaled 54,751 two-way passengers in 2019, a rise of 24% compared with the previous 12 months. In the absence of direct flights, Melbourne (MEL) was the biggest connecting market.

The Auckland (AKL)-Hobart (HBA) route is the first new international passenger service announced by Air New Zealand since the COVID-19 outbreak. The airline last flew nonstop between New Zealand and Tasmania in 1998 when it operated flights between Christchurch (CHC) and HBA.

It is hoped the AKL-HBA service will be operating by late April once a transtasman bubble is in place. However, no date has yet been set for the launch of quarantine-free flights between Australia and New Zealand.

“The aviation market will likely start to rebuild later this year, so we’ve changed and restructured the scheme to focus on the recovery,” Wood said.

“International air travel essentially shut down as the virus spread, so the threat of isolation from global partners was very real. Extending support gives a predictable and regular schedule of air services to safeguard New Zealand’s international connectivity.

“Officials are closely working with airlines and carriers, and are monitoring the international aviation market. We will consider extending support until the end of March 2022 if necessary.”

In March 2020, the New Zealand government set aside NZ$600 million ($430 million) for an aviation relief package as part of the NZ$12.1 billion COVID-19 support package. From this, NZ$372 million was allocated to support airfreight connectivity for the original IAFC scheme.

Based on forecast demand for the new MIAC scheme, providing support to October 2021 will require an additional NZ$170 million.

The plans have been welcomed by AKL’s general manager aeronautical commercial Scott Tasker. He said the package would help to maintain critical passenger and cargo connections.

“It will also help retain a base level of air connectivity through to late 2021 and early 2022, which is when we hope to see international passenger travel starting to safely recover under a vaccine facilitated pathway.”

AKL has seen the 29 international carriers operating passenger services to and from the airport in 2019 drop down to 14, many on vastly reduced schedules. The number of international passenger destinations served with direct flights has also fallen from 43 to 20 over the same period.

However, in more positive news for the airport, Emirates has confirmed that announced it is increasing the frequency of flights from Dubai (DXB).