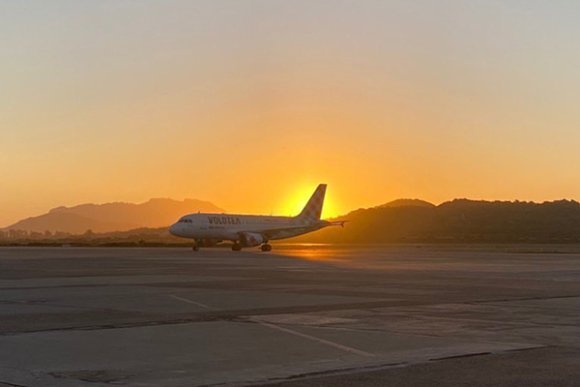 Spanish LCC Volotea has confirmed plans to open a new base at Olbia (OLB) in Sardinia this summer, prompting a response from rivals easyJet and Wizz Air.

From June 4, Volotea intends to station one Airbus A319 at the airport and launch two new domestic routes to Catania (CTA) in Sicily and Cuneo (CUF) near Turin. The additions bring the number of destinations served by the airline from OLB to 19.

Volotea said it expects to offer 500,000 seats from OLB this summer—a 100% increase on the total number offered during the summer 2019 season.

“Sardinia is reconfirmed as one of the most important regions in our strategies for development and we are very happy to announce the opening of our new summer base in Olbia,” Volotea founder and president Carlos Muñoz said.

“With this important investment we want to support the economic fabric local and contribute to the restart of tourism.”

Following the new base announcement, easyJet and Wizz have each announced plans to expand their respective operations from OLB. From June 28, easyJet will operate daily connections to Bologna (BLQ), Verona (VRN) and Turin (TRN), as well as 3X-weekly flights to Bari (BRI).

Hungarian ULCC Wizz is also launching four new routes from OLB. From April 29, the airline intends to serve Milan Malpensa (MXP) 2X-weekly, rising to 2X-daily from June 2. A 2X-weekly route to BLQ begins on May 13, increasing to daily from June 2.

On June 2, daily service will also start to VRN alongside a 5X-weekly service to Treviso (TSF).