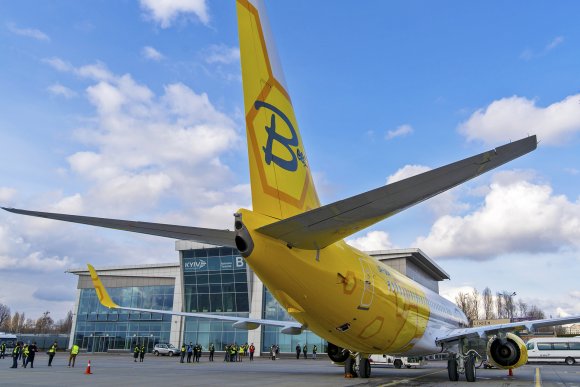 New Ukrainian carrier Bees Airline has been approved to operate flights on more than 30 routes as the startup begins to scale up its operations.

The airline, which received an air operator’s certificate earlier this month, has been cleared by Ukraine’s State Aviation Administration to offer 15 scheduled services, as well as providing 16 charter routes.

Twelve of the scheduled routes are from the carrier’s main base at Kyiv Zhuliany (IEV), connecting the airport with Batumi and Tbilisi in Georgia; Araxos, Heraklion and Rhodes in Greece; Burgas and Varna in Bulgaria; Alicante and Barcelona in Spain; Tirana in Albania; Larnaca in Cyprus; and Yerevan in Armenia.

Additionally, Bees has been authorized to serve two regular routes from Odessa (ODS)—to Tbilisi and Yerevan—as well as between Lviv (LWO) and Rhodes.

The airline’s charter network will include flights to tourist resorts in Croatia, Egypt, Montenegro and Turkey, as well as Mombasa (MBA) in Kenya. Bees made its first charter flight from IEV to Sharm el-Sheikh (SSH) on March 18, 2021.

The LCC currently has two 189-seat Boeing 737-800s but plans to grow its operations over the coming months.

“Our airline will have four Boeing 737s by the end of the year and every year we will replenish our fleet and our route map,” Bees acting CEO Evgeny Khainatsky said.

Khainatsky, previously of SkyUp, hopes the airline’s fleet will swell to six aircraft in 2022 and more destinations will be added, including flights from Kherson and Zaporizhzhia in Ukraine.

The State Aviation Administration’s decision to approve Bees’ route requests comes as Ukraine’s government agreed to ratify an air transport agreement with Moldova, which is expected to liberalize flights between the countries. The deal will remove restrictions on frequency, capacity, aircraft type and destinations.