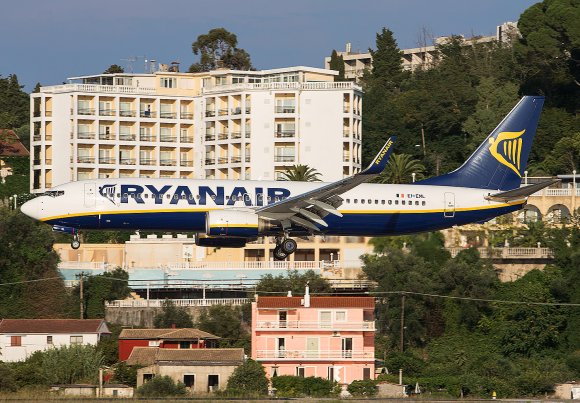 Ryanair is planning further base openings this summer as the Irish carrier eyes a rapid resurgence of short-haul leisure traffic in Europe.

The airline will launch two new bases in Greece at Corfu (CFU) and Rhodes (RHO), as well as reopening a base in Chania (CHQ) three years after its closure. Two aircraft will be stationed at CFU, while CHQ and RHO will receive one apiece.

Ryanair said 107 routes will be offered across the three airports—46 of which are new. Eighteen new routes are from CFU, 15 from CHQ and 27 from RHO. All three bases are scheduled to open in July 2021 and will initially be seasonal, operating through October 2021.

“As vaccination rollout programs continue in the coming months, air traffic is set to soar this summer and we are delighted to announced three new summer bases in Greece,” Ryanair commercial director Jason McGuinness said.

The airline added that Greece is proving to be a “resilient destination” and is “determined to lead the way in tourism recovery.”

Greece and Turkey are the standout European countries where short-haul leisure demand is expected to be the strongest this summer. Optimistic forecasts suggest that international capacity to Greece could reach 85% of 2019 levels, with Turkey at around 87%.

Meanwhile, Ryanair also plans to expand some of its existing bases in Italy and France. Two additional aircraft will be based at Milan Malpensa (MXP), increasing the number stationed there to seven. A total of 30 routes will be offered, including new services to Barcelona, ​​Corfu, Santorini and Zakynthos.

Milan Bergamo (BGY) and Bari (BRI) will each receive one additional aircraft, enabling the launch of two new routes from BGY and eight from BRI. Ryanair’s Bologna (BLQ) base will also grow by one extra aircraft, allowing for the launch of eight new routes.

In France, a fourth aircraft will be based in Marseille (MRS), prompting the launch of new routes to Alghero, Bari, Corfu, Essaouira, Menorca, Rhodes and Tetouan. A total of 49 destinations will be offered from the base.

Speaking on March 24, Ryanair Group CEO Michael O’Leary said Europe would be 'awash' with COVID-19 vaccines over the coming months—which should prompt governments to drop travel restrictions and reopen borders.

During the peak summer months of June, July, August and September, O’Leary said Ryanair’s schedule is about 80% of pre-COVID levels.

He added: “We can flex that up and add extra flights through the peak period to 90%, or we can flex it down in the early parts of the summer since there's a lot of uncertainty around the April, May and June period.”