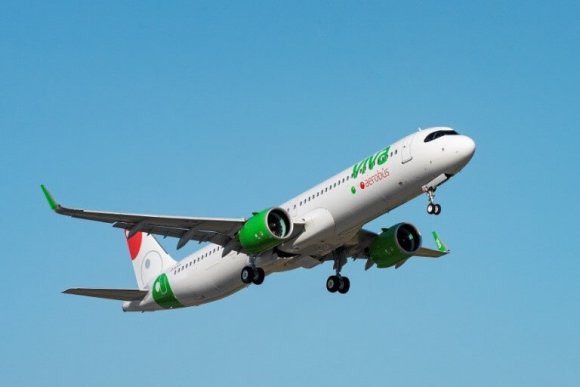 Three new nonstop routes to the US are being launched by Mexican ULCC Viva Aerobus in May as the airline continues to increase its footprint on transborder services.

Two of the routes will connect Bajío International Airport (BJX), which serves the cities of León and Guanajuato, with destinations in Texas. Flights to Houston (IAH) and San Antonio International (SAT) will be 3X-weekly and 2X-weekly respectively on board 186-seat Airbus A320neos.

Additionally, the carrier intends to begin a seasonal link between the leisure resort of Los Cabos (SJD) and Cincinnati/Northern Kentucky (CVG). Service will be 1X-weekly using A320 aircraft, starting May 29 through Aug. 8.

Analysis of data provided by OAG Schedules Analyser shows the network additions will take the number of Mexico-US routes launched by Viva Aerobus since the onset of the COVID-19 pandemic to 15.

From BJX, the carrier will compete with United Airlines on the route to IAH. The Star Alliance member serves the market 2X-daily using a mix of A319s and A320s, offering about 3,800 two-way weekly seats. However, OAG data shows BJX-SAT is unserved nonstop.

“We are grateful for Viva Aerobus giving SAT travelers another connection to Mexico to not only make it easier to reconnect with family and friends, but to continue to drive business and tourism between our great city and Mexico,” City of San Antonio city manager Erik Walsh said.

The SJD-CVG market is also unserved nonstop and will complement the flights that Viva Aerobus already offers from the Cincinnati/Northern Kentucky market to Cancun (CUN). The route launch forms part of a collaboration with US tour operator Vacation Express.

“We are pleased to partner with Viva Aerobus and Vacation Express to provide the only nonstop service from the region to Los Cabos,” CVG CEO Candace McGraw said.

“Local travelers can now book directly with Viva Aerobus or book their entire vacation package through Vacation Express to the west coast of Mexico, a growing leisure destination for our region.”

Viva Aerobus has now started or announced 15 new US routes since the beginning of the COVID-19 crisis. Six of the services are from Mexico City (MEX) and four from Monterrey (MTY).

The airline is currently offering 32,300 two-way weekly seats between Mexico and the US, compared with fewer than 12,000 during the same week two years ago.

As well as opening the three transborder routes in May, the ULCC has also announced plans to commence a new domestic service in May. Flights between Ciudad Juarez (CJS) and Puerto Vallarta (PVR) will be 2X-weekly.