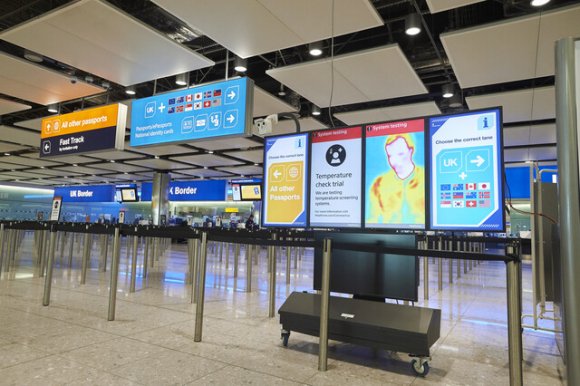 The UK government introduced a new law this week making international travel “without good reason” a criminal offence in England subject to a £5,000 ($6,860) fine.

The new law will not expire until June 30, 2021, well into the summer season.

However, under the current UK roadmap for removing restrictions—a set of dates described as “cautious but irreversible” by Prime Minister Boris Johnson—the date for a return to international travel remains May 17.

That means that for a full six weeks before the new law and fine expires, international travel could be simultaneously permitted and illegal.

This contradiction is symptomatic of the inconsistent and confusing approach to tackling the coronavirus crisis which has undermined public and business confidence since the outbreak began. Furthermore while international travel remains illegal from the whole UK, the fines are only applicable for travelers from England, creating further uncertainty and division.

As things stand, the most likely outcome for UK international travel looks to be a return to the “red list” travel corridors system seen in 2020, when countries were added and removed on a weekly basis based on fluctuations in their COVID-19 infections data.

It would once again become virtually impossible for people to book overseas vacations with the certainty that the trip will be allowed by the time of travel or—as happened last year—they might have to scramble for an early return if the permitted list changes. This uncertainty saps demand and further undermines the travel industry. It will force airlines and airports into another extremely challenging summer.

While it’s understandable that the government wants to protect its citizens from new, potentially more dangerous variants of COVID-19, measures to control the virus have significantly improved from where things stood in summer 2020.

Testing is much more affordable and available and new health passports are being fast-tracked. The European Commission vaccine taskforce boss Thierry Breton believes its version should be available “within two to three months” and the IATA Travel Pass is scheduled for testing by more than 20 airlines. The UK has been a leader in rolling out its vaccination program.

Johnson is expected to clarify the international travel situation in the next few weeks; a clarification that will hopefully offer a rational solution. But the longer it takes for that announcement to be made, the more damage that will be done to travel and tourism.