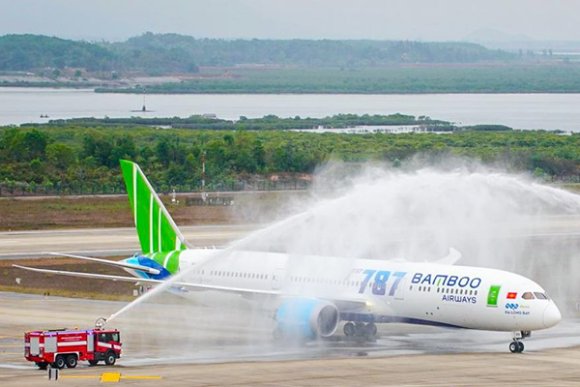 Bamboo Airways’ European expansion ambitions have taken a step forward after the Vietnamese carrier was granted takeoff and landing slots at London Heathrow (LHR) to operate six flights per week from May.

The airline, which commenced operations in January 2019, intends to serve the UK capital from Hanoi (HAN) and Ho Chi Minh City (SGN).

Flights are expected to be 3X-weekly from each destination using Boeing 787-9 aircraft, operating on Mondays, Wednesdays and Saturdays to HAN and Tuesdays, Thursdays and Sundays to SGN.

In a statement, a spokesperson for Bamboo Airways said the addition of a global hub would help the airline to “better meet the travel needs of international passengers” who will be able to connect to destinations beyond LHR.

The representative added that the routes would also enhance Vietnam's tourism appeal and promote bilateral trade and investment between the country and the UK.

Bamboo launched its maiden international service in October 2019 between Da Nang (DAD) and Seoul Incheon (ICN). Since then, routes including HAN-Taipei Taoyuan (TPE) and Cam Ranh (CXR)-ICN have been started.

The carrier has also made no secret of its ambitions to grow its network to Europe and the US. Although the pandemic delayed plans to begin flying to Munich (MUC) and Prague (PRG), Bamboo hopes to add London and Frankfurt to its route map in 2021.

The airline’s first routes to the US could also begin later this year. In November 2020, the airline was granted a permit from the US Department of Transportation to operate nonstop US flights.

In mid-February, Bamboo took delivery of its first new Airbus A321neo with the Air Cabin Flex product. According to Aviation Week Fleet Data Services, the carrier now has a fleet of 29 aircraft, including six wet-leased Embraer E190/195s. In addition, it has 10 Boeing 787-9 on firm orders, along with at least 24 Airbus A320neo family aircraft.

According to data provided by OAG Schedules Analyser, Vietnam Airlines served HAN-LHR 4X-weekly and SGN-LHR 3X-weekly before the COVID-19 crisis. However, regular service was suspended in March 2020 when Vietnam closed its borders to foreign travelers.