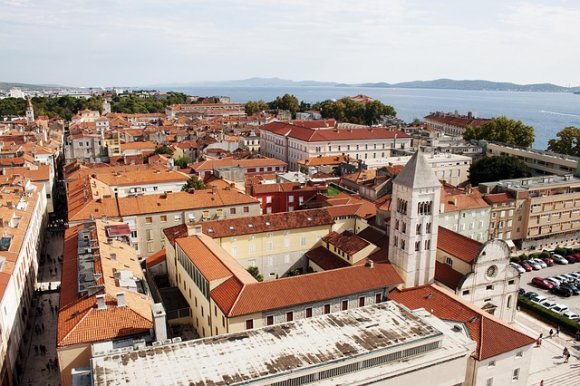 Ryanair is to expand its operations in Croatia with the launch of bases in the cities of Zagreb and Zadar.

Twelve new routes will be opened from Zagreb Franjo Tuđman Airport (ZAG), with the airline set to offer a total of 36 flights per week. Seventy-eight weekly flights will be available from Zadar Airport (ZAD) across 37 routes—17 of which are new.

New destinations from ZAG include Frankfurt Hahn (HHN), Podgorica (TGD) and Oslo Torp (TRF), while Edinburgh (EDI) and Newcastle (NCL) are among the cities being added from ZAD. Flights to Liverpool (LPL) will also resume from ZAD after an eight-year hiatus.

Croatia’s minister of tourism and sports Nikolina Brnjac welcomed Ryanair’s expansion, saying it was of “strategic importance for the tourism sector.”

Zagreb is a new destination for the Irish airline, but Zadar has been served since 2007 and the ULCC operated a one-aircraft seasonal base there until 2018. Plans were later afoot for subsidiary Lauda to station three Airbus A320s at ZAD during summer 2020, but the base opening was postponed because of the pandemic.

“The opening of the base and connection to 37 destinations once again confirms the success of the long-standing partnership between Ryanair and Zadar,” Zadar Region Tourist Board MD Mihaela Kadija said.

“We expect that after the pandemic begins to calm down, travel will be more desirable than ever, and many tourists will want to… visit Zadar.”

Ryanair was ZAD’s largest operator during 2019, offering more than 250,000 departure seats during the year. The figure gave the airline a 52% capacity share of all available seats. According to the latest data provided by OAG Schedules Analyser, Ryanair will not face direct competition on any of the 17 new routes being launched.

The planned new bases in ZAG and ZAD come just days after Ryanair said it would launch two new bases in Greece at Corfu (CFU) and Rhodes (RHO), as well as reopening a base in Chania (CHQ) three years after its closure.

Other recent base expansions include deploying two more aircraft at Milan Malpensa (MXP), increasing the number stationed there to seven. Milan Bergamo (BGY), Bari (BRI) and Bologna (BLQ) will each receive one additional aircraft, while  a fourth aircraft will be based in Marseille (MRS).

Ryanair is betting on a significant rebound in short-haul travel in Europe this summer, citing huge pent-up demand for vacations.