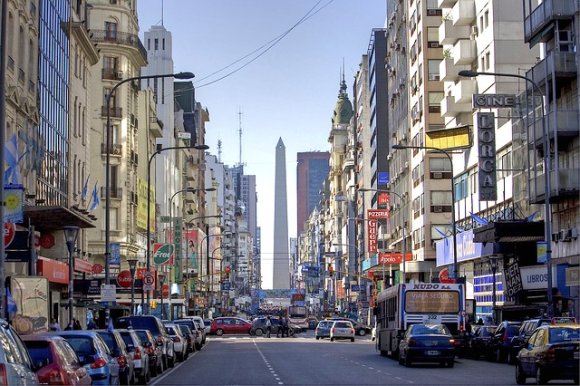 All 12 domestic routes have been switched to AEP, located some 40 km north of the main international gateway EZE, also known as Ezeiza. Flybondi CEO Mauricio Sana said the move was “good news for our passengers and for the entire team.”

“Once installed in Aeroparque, we want to focus on continuing to grow our fleet and frequencies to the destinations we currently fly,” Sana said.

“This airport allows us to maintain a strong commitment to the country’s connectivity and to be able to offer customers a simple and close travel experience, with the most convenient rates on the market.”

Prior to the pandemic, flybondi’s Buenos Aires hub was at El Palomar (EPA), a commercial and military airport located to the west of the city. However, the Argentinian government has so far prevented the low-cost airport from reopening.

The airline was therefore forced to shift operations to EZE in December 2020 as AEP was also closed at the time. The ULCC had previously published a statement entitled "El Palomar or nothing," arguing that flying from EZE was “not a commercial option.”

However, Argentina’s Administracion Nacional de Aviacion Civil gave AEP the green light to reopen from mid-March, which has prompted flybondi’s latest move. Had the carrier remained at EZE, Sana claimed the higher costs meant it would lose 50% of its market share.

Flybondi has a fleet of two Boeing 737-800 aircraft and plans to double the total during the second half of 2021 should there be sufficient demand.