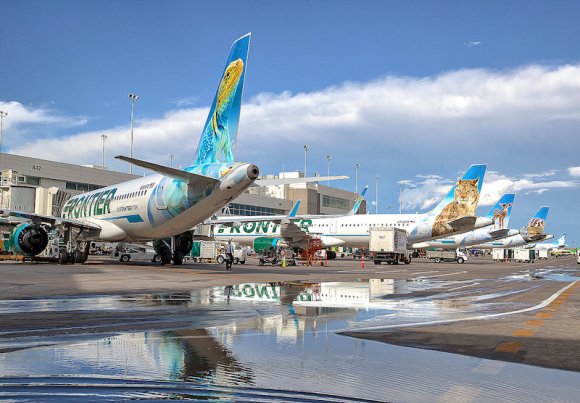 Denver-based Frontier Airlines has announced the launch of eight new routes, six of which are from Atlanta Hartsfield-Jackson (ATL).

The planned expansion comes less than two months after the carrier said it intends to open a base at ATL before the end of 2021. The six additions will increase the airline’s network from the country's busiest airport to 22 routes.

Starting June 10, Frontier will begin a 3X-weekly service between ATL and Phoenix (PHX). Flights to Cleveland (CLE), Dallas/Fort Worth (DFW) and Hartford, Connecticut (BDL) start a day later, each of which will be served four times per week.

“With the efforts of airline partners like Frontier we’ll move beyond the pandemic,” ATL deputy general manager Michael Smith said.

“We look forward to the summer months which will provide all of us an opportunity to see friends and family in person. Frontier’s additional service from ATL is quite welcome and will help make those get-togethers possible.”

According to the latest schedules, the ULCC will have direct competition on all six of the routes.

Alongside the ATL expansion, Philadelphia (PHL) will also get two new routes. From July 12, Frontier will begin a 3X-weekly service to PVD, followed by a 4X-weekly route to PWM on July 13. The additions increase the airline’s network to 25 nonstop destinations from PHL.

“These new routes will now provide an affordable and convenient option for Philly area travelers to visit these two unique destinations this summer,” Frontier SVP of commercial Daniel Shurz said.