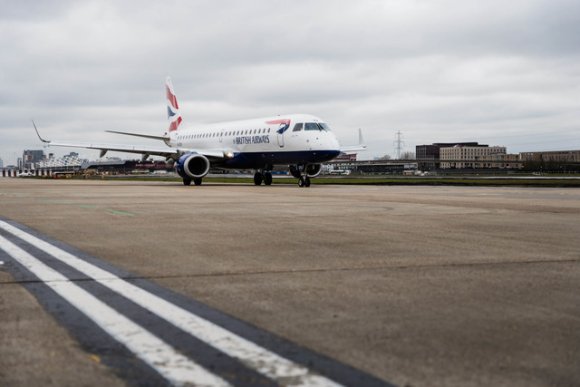 Operating initially over the summer period, the routes will each be 2X-weekly on Mondays and Fridays from June 25, 2001. BA CityFlyer will operate the services using Embraer E190 aircraft.

“It’s great to be able to launch these two new services to Gibraltar and Jersey—it’s something customers have been asking us to do for quite a while,” BA CityFlyer MD Tom Stoddart said.

He added the routes would benefit leisure, VFR and business travelers.

“This service will complement BA’s mainline services from Heathrow and the local business and financial services community will undoubtedly welcome a link to London’s financial district,” Gibraltar’s minister for business, tourism and transport Vijay Daryanani said.

“Our tourism, retail and hospitality industries can also look forward to greeting customers from the City and the east London catchment area.”

The planned launch of the routes comes as LCY welcomed the restoration of key UK regional routes, with flights to resume shortly to Edinburgh (EDI) and Glasgow (GLA) with British Airways, and Dundee (DND) with Loganair.

BA CityFlyer will resume EDI on April 15 and GLA on May 17. Both routes will start with two rotations per week. Loganair will resume operating the only direct flight between Dundee and London from April 16, also with 2X-weekly flights.

“Regional air connectivity is vital for the recovery of aviation, tourism and the UK economy, which is why we are delighted that our airlines have restored key domestic regional routes with flights resuming shortly to Edinburgh, Glasgow and Dundee,” LCY head of aviation Anne Doyere said.

"With travel restrictions to ease further in the coming weeks, many people will be eager to embark on a well-earned holiday or staycation within the UK.”