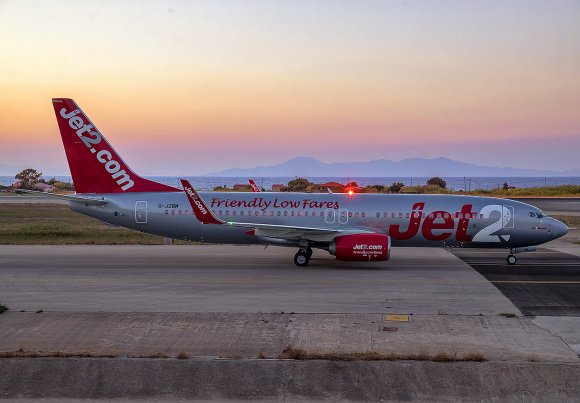 Leisure carrier Jet2.com has extended the suspension of all its routes until after June 23, blaming a “lack of clarity and detail” in the UK government’s plans for the resumption of international travel.

The decision comes after the UK’s Global Travel Taskforce on April 9 published a framework for the restart of overseas travel, which includes a three-tier traffic light system for grading countries based on risk and COVID-19 restrictions.

The government said the document shows how international travel could resume from May 17 in an “accessible and affordable way.” However, it admitted that it was “too early” to predict which countries would be on which list over the summer.

Jet2 CEO Steve Heapy said the company has studied the taskforce’s recommendations and was “extremely disappointed” by the plans put forward.

“Following the publication of the framework today, we still do not know when we can start to fly, where we can fly to and the availability and cost of testing. Rather than answering questions, the framework leaves everyone asking more.”

OAG data shows Jet2 had planned to resume service on May 17, flying from Manchester (MAN) to Fuerteventura (FUE) and Glasgow (GLA) to Alicante (ALC) among others. However, Heapy confirmed the suspension of flights will now remain in place until June 24 at the earliest.

“We know how much our customers want to get away to enjoy their well-deserved holidays. We have seen buoyant confidence levels from UK holidaymakers, as well as strong demand for our ATOL-protected package holidays and leisure flights,” Heapy said.

“We are trying to run a business so that we can take customers away, but we need the government to provide us with clarity to achieve this.”

Tim Alderslade, CEO of industry body Airlines UK, said the framework “does not represent a reopening of travel” as promised by government ministers.

“The insistence on expensive and unnecessary PCR testing rather than rapid testing—even for low-risk countries—will pose an unsustainable burden on passengers, making travel unviable and unaffordable for many people,” Alderslade said.

“It is also a further setback for an industry on its knees and the UK’s wider economic recovery, with many businesses and exporters reliant upon our domestic and international connectivity and a thriving aviation sector.”

The UK’s traffic light system will grade foreign destinations as being: