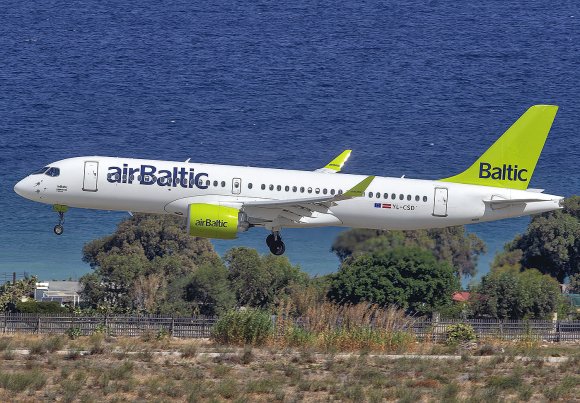 Latvian airline airBaltic has announced plans to start flying from Riga (RIX) to Naples (NAP) in Italy from early June—one of three new routes being launched by the carrier.

Starting June 4, the airline will offer scheduled service between RIX and NAP twice a week using Airbus A220-300 aircraft. Flights from RIX to Edinburgh ({{EDI}) in Scotland will also start on the same day, followed by a route from RIX to the Greek island of Santorini (JTR) from June 5. Service to EDI will be 2X-weekly, while JTR will receive 1X-weekly flight.

The addition of NAP marks the first time that airBaltic has offered scheduled service to the Italian airport. A total of 580 two-way weekly seats will be provided by the carrier as it seeks out leisure demand. The route is currently unserved.

“The new connection introduces two important news: it is the first time that Naples has a direct flight to Riga and that airBaltic operates scheduled flights from Naples airport,” said Roberto Barbieri, CEO of GESAC, Naples Airport Management Company. “It is an extremely positive message in this period as the enhancement of air connectivity stimulates the entire tourist industry.”

According to data provided by Sabre Market Intelligence, total O&D traffic between Riga and Naples was 2,966 two-way passengers in 2019, up from 1,785 during the previous 12 months.