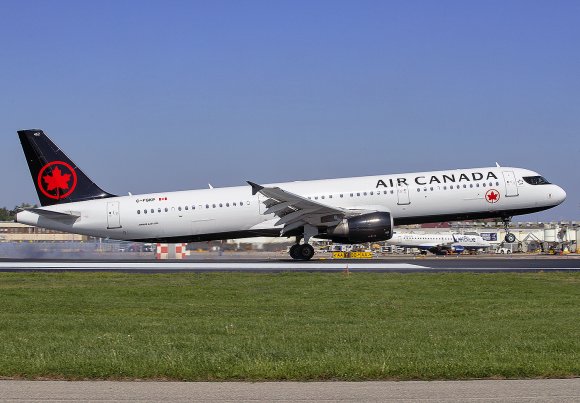 Saying it is “essential we maintain connections between people and our communities,” Canada’s government has agreed to grant Air Canada access to financial aid in exchange for several actions by the carrier, including domestic route restorations.

The top condition cited by Canadian deputy prime minister and minister of finance Chrystia Freeland for Air Canada gaining access to up to $5.9 billion in liquidity is that “regional communities retain air connections to the rest of Canada through the restart of service at airports temporarily suspended by Air Canada.”

Air Canada said this would be achieved by providing “access to Air Canada's network for nearly all regional communities where service was suspended because of COVID-19's impact on travel through direct services or new interline agreements with third party regional carriers.”

Canada is the last major airline market in the world to reach a financial aid agreement with its largest airline during the COVID-19 pandemic.

Canadian airline route network maps have been filled with large patches of white, with international service largely grounded. Many of the country’s airline employees are furloughed. The country requires both a negative COVID-19 test at the passenger’s expense and a mandated quarantine for passengers arriving in the country, and even discourages most domestic flying.

Other provisions included in the agreement between Ottawa and Air Canada are:

The accord notably does not include other Canadian airlines, such as WestJet, the country’s second largest carrier. “Negotiations continue with other Canadian carriers on financial support and any agreement reached in those negotiations will include a requirement that the airline also refund pandemic related-cancelations,” Canada’s government said.

Freeland said the deal is needed to keep the Canadian airline industry competitive globally. “From coast to coast to coast, it is essential we maintain connections between people and our communities, large and small,” she said.

“Protecting Canadian customers is important. And maintaining a competitive Canadian air sector, Canadian airlines, and the thousands of good jobs in this sector is a priority. This is what [the April 12] announcement with Air Canada guarantees.”

The government’s financial support to Air Canada is being provided under the country’s Large Employer Emergency Financing Facility (LEEFF).

Air Canada described the pact as “a series of debt and equity financing agreements with the government of Canada.”

The airline's CEO Michael Rousseau said Air Canada has “raised an additional $6.8 billion in liquidity from our own resources to sustain us through the pandemic.”

He added: "The … liquidity program we are announcing … achieves several aligned objectives as it provides a significant layer of insurance for Air Canada, it enables us to better resolve customer refunds of non-refundable tickets, maintain our workforce and re-enter regional markets.

"Most importantly, this program provides additional liquidity, if required, to rebuild our business to the benefit of all stakeholders and to remain a significant contributor to the Canadian economy through its recovery and for the long term.”