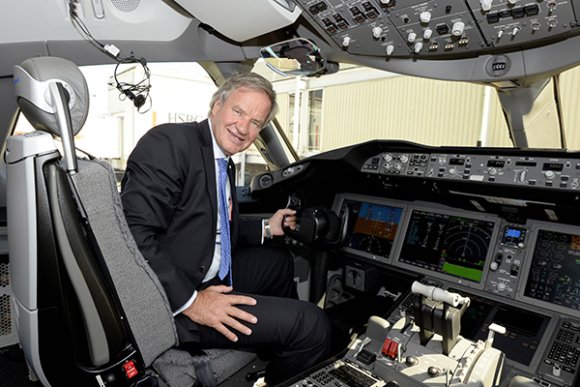 Norwegian Air Shuttle CEO Jacob Schram confirmed in January what many analysts had expected for some time: the LCC was axing long-haul flying to focus on key destinations in Europe.

The announcement marked a sad—but ultimately necessary—end to what had been an ambitious strategy to shake up the lucrative transatlantic market.

In the years since the airline operated its first flight to New York (JFK) in May 2013, Norwegian had grown to serve more than 70 routes between Europe and North America, operating almost 6 million two-way transatlantic seats in 2019.

However, while the carrier had managed to take share from the immunized joint ventures that largely dominate transatlantic sectors, its rapid pace of expansion put pressure on costs, leaving the LCC struggling to absorb its large order of Boeing 787s.

Norwegian’s losses therefore became unsustainable—and the pandemic proved to be the final nail in the coffin for the long-haul adventure. But for anyone thinking the exit spelled the end for low-cost transatlantic routes, think again.

As reported by Routes, Norwegian’s founder Bjørn Kjos (pictured) has emerged with a Norway-based startup called Norse Atlantic Airways, which boldly declares on its website that “low-cost long-haul is back!”

The carrier has already signed leases for six Boeing 787-9s and three 787-8s, with ambitions of connecting destinations like New York, Los Angeles and Miami with London, Paris and Oslo before the end of the year. About $166 million has also been raised in a listing on the Euronext Growth Oslo exchange to finance the venture.

While it might not quite be CTRL-C ‘Norwegian’, CTRL-V ‘Norse Atlantic Airways’, it’s clearly a business model Kjos believes in. As with Norwegian, the airline will offer point-to-point operations across big markets, with high-density single-class seating using 787s.

Given the obvious similarities, it’s not illogical to wonder how Norse will be able to succeed where Norwegian failed, especially considering the impact of current COVID-19 travel restrictions on the market and the length of time it will take for the sector to return to previous dynamics.

There are several factors working in Norse’s favor, however. For starters, the airline is beginning life with a clean financial slate, unburdened by the huge levels of debt that faced Norwegian. Given the lack of demand for widebodies, CEO Bjørn Tore Larsen says the 787s have also been secured on “very good” terms.

Additionally, the airline claims its planned high cabin utilization will help to keep costs down, while its “lean management team” and “smart collaboration with external partners” will also prove beneficial. We’re yet to see whether the cabins will be as dense as Scoot’s 375-seat layout, or if the collaboration includes Norwegian providing short-haul feed.

A planned launch of December 2021 may also be advantageous. While travel restrictions remain in place now, the rapid rollout of coronavirus vaccines in the US and parts of Europe, coupled with increased testing, means the world could be in a very different place by the end of the year.

Pent-up demand is likely be significant, at least in the leisure and VFR markets and particularly if borders remain closed for transatlantic travel during the summer. Norse will also be competing with incumbents that have been badly wounded after months of lower revenues but plenty of costs and debt.

However, many of the challenges on the North Atlantic will remain.

While Norwegian’s strategy was largely a success at the start, it wasn’t long before full-service rivals introduced basic economy fares, subsidized with premium seats at the front of the cabin. This forced the airline into a price war it could ill afford.

The current fragility of the market is likely to cause network carriers to compete even more vigorously for price-sensitive passengers, and their access to feed will be a clear plus.

And attempts by US labor groups and lawmakers to prevent Norse getting a foothold, as they did with Norwegian, will be no less fierce. That’s particularly the case if they frame it as a fight for American jobs that were saved by Congress via three iterations of the payroll support programs.

In addition to the lack of high-yielding traffic and strong competition on price, Norse will have to contend with other factors that contributed to Norwegian’s undoing, such as the seasonality of markets; limited access to slot-congested airports; and constraints around turnaround times and utilization rates. The rising cost of fuel is an added, unwelcome issue.

If Norse is to succeed, the airline must learn from Norwegian’s mistakes. Key will be the LCC’s ability to keep overheads down, remaining nimble in its network strategy, and ensuring that growth is aligned to profitability. Whether it will be second time lucky for Kjos remains to be seen, but the 74-year-old former military pilot is clearly up for a second fight.